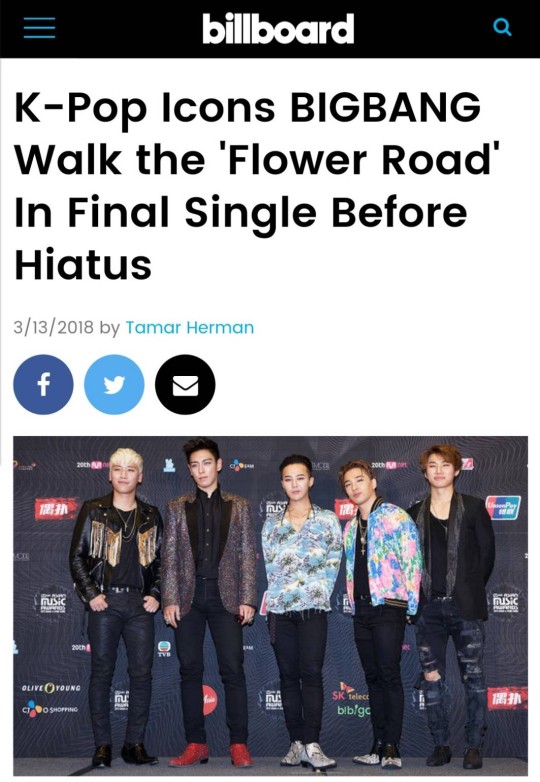 [엑스포츠뉴스=김미지 기자] Well-known foreign press including the US Billboard, Time, and UK BBC covered the news of BIGBANG’s single release and their whereabouts in their headlines.

On March 13 (local time), Billboard stated, “BIGBANG released a surprise single, and walked the ‘FLOWER ROAD’”. They added, “The song is a farewell gift for the fans who will wait for BIGBANG, during the group’s vacancy due to their military duties.

They also stated, “BIGBANG rose up since 2007 to become the most influential icons of K-POP” and praised the group by adding, “They left traces as not only as a boy-group, but also as solo artists in and out of Korea”.

BBC aired the news on G-DRAGON’s army base tasks being paralyzed due to a flood of consolatory letters, spotlighting G-DRAGON’s popularity.

After achieving an ‘all-kill’ in 8 different real-time charts as soon as its release, the song was also placed at no. 1 on iTunes Album Charts in28 different countries.