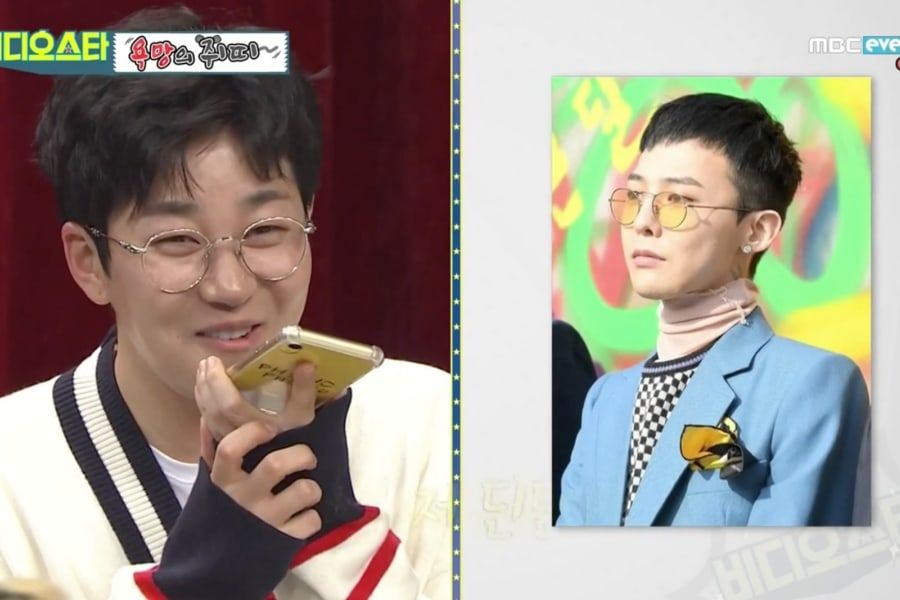 DinDin kicked off the New Year with an unforgettable phone call with BIGBANG’s G-Dragon!

On the January 7 episode of MBC every1’s “Video Star,” stars who were born in the year of the rat appeared as guests on the show including Sean, Se7en, Solbi, DinDin, and LANA.

During the broadcast, the stars shared their wishes. After revealing his wish as “G-Dragon,” DinDin explained, “I avoided meeting him. You don’t want to meet them if you like them so much. I want him to forever remain as my star. He appears in my dreams these days.” DinDin has expressed his admiration for G-Dragon on many variety shows in the past, and recently thankedSandara Park for gifting him shoes from G-Dragon’s latest collaboration with PEACEMINUSONE and Nike.

The “Video Star” hosts gave each guest a gift according to their wishes. When it was DinDin’s turn, Sandara Park surprised him by calling G-Dragon on her phone.

Doing an impersonation of the artist, DinDin said to G-Dragon, “I’m going to continue liking you.” G-Dragon made everyone laugh by replying, “Are you going to do that?” in the same tone. He also stated that he knew about DinDin’s fanboying.

Later, when Sandara Park asked him what he thought of DinDin, G-Dragon replied, “I watch him often on TV, so he’s a celebrity to me.” Hearing this, DinDin could not control his excitement and commented on how amazing this was.

Kim Sook then told G-Dragon, “DinDin said that he doesn’t think he can meet you because he likes you so much.” The artist replied, “He can’t meet me because he likes me? Then, I’ll remain that way as well.” Startled, DinDin quickly shouted, “Hyung! Let’s not remain that way. Hyung!” and showed a change of mind in his desire to meet the celebrity. 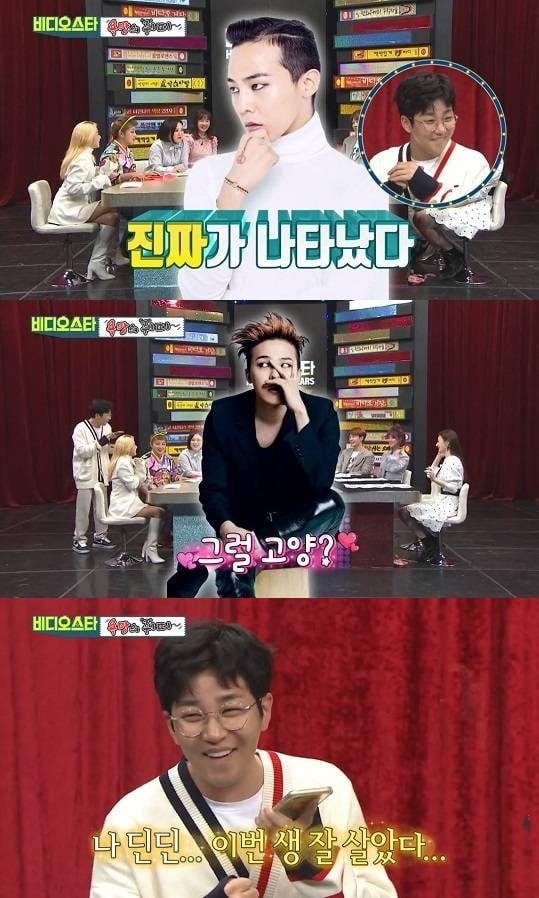 After the broadcast, DinDin shared clips of his phone call with G-Dragon from “Video Star” on Instagram. He wrote, “My hyung…I now understand my fans’ feelings. Sorry, thank you, I love you. ‘Video Star’ is the best! Dara noona, I love you!”

Referring to their conversation, DinDin added in the hashtags, “I’m a celebrity acknowledged by G-Dragon hyung.”

It was recently announced that BIGBANG will be performing at the California music festival Coachella on April 10 and 17.