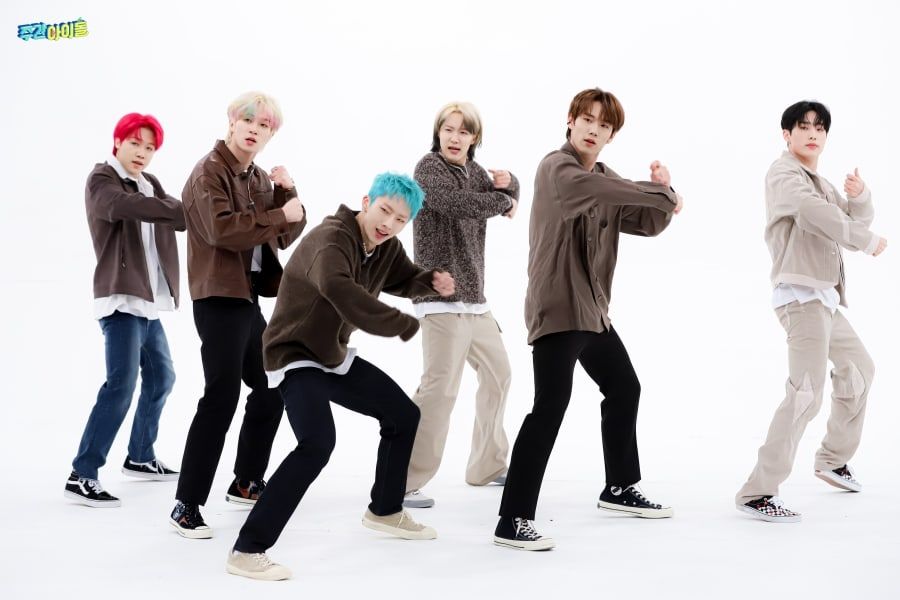 P1Harmony put their singing and dancing skills on full display on the latest episode of “Weekly Idol”!

The rookie boy group appeared as guests on the January 19 broadcast of the MBC every1 variety show, where they performed their new title track “Do It Like This” and played various games with the MCs.

As FNC Entertainment’s newest boy group, P1Harmony prepared a special dance cover of their labelmate SF9’s hit song “Good Guy.” Explaining that they wanted to showcase a new and different side of the group, Jiung remarked, “When you think of ‘lethal-sexy,’ you think of SF9. So we tried preparing a performance of ‘Good Guy.'”

At another point in the show, Theo—whose given name is Choi Taeyang—paid tribute to his namesake in BIGBANG by covering a brief snippet of Taeyang’s iconic song “I Need a Girl.”

You can also check out P1Harmony’s performance of their new title track “Do It Like This” below!