YG Announced, “G-DRAGON’s fall was because of a timing problem. He did not get injured and finished the concert.” 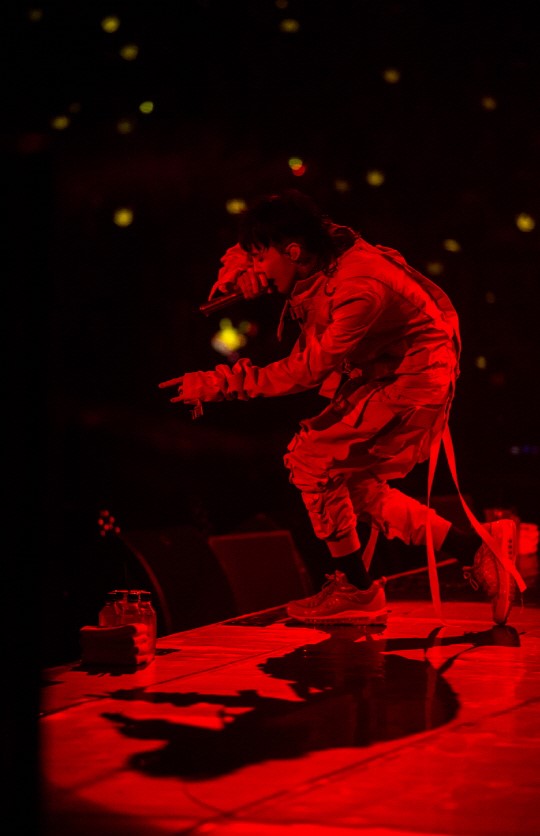 On July 8, a video showing G-DRAGON falling off the lift hole on the stage while singing “A-BOY” spread online, and many fans were worried that he might be greatly injured.

A YG Entertainment staff member said, “That was when he was supposed to come down on the lift, but G-DRAGON was so into his performance he forgot to take the lift. Fortunately, he landed well and didn’t get hurt. He said he would be ok to continue the concert, so we were able to finish the concert.”

G-DRGAON even participated in the after party and celebrated finishing the concert successfully with the staff.

Now that G-DRAGON finished his concert in Bangkok, he will be holding his next concert in Seattle, US on July 11.