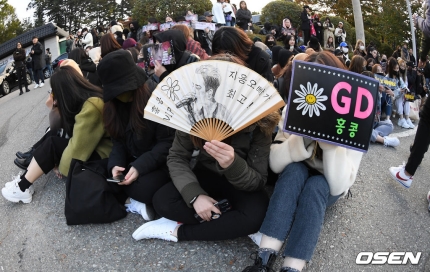 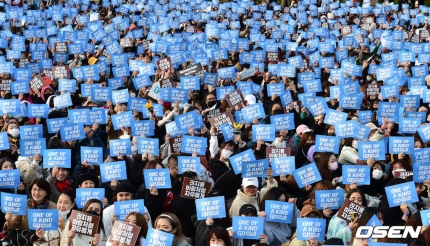 On October 26, G-DRAGON was discharged from the Army Ground Operations Command located in Yongin, Gyeonggido. Many fans gathered to watch G-DRAGON being discharged from early in the morning. G-DRAGON’s father also appeared at the scene.

Last year on February, G-DRAGON received 5 weeks of training in the 3rd Infantry White Skull Division Recruit Training Center of the ROK army located in Cheorwon, Gangwon-do. He was then located to the artillery regiment to serve his mandatory military service.

Over 3 thousand global fans gathered to support G-DRAGON. Fans from China, Hong Kong, and Japan visited the scene to celebrate G-DRAGON being discharged. Not only fans, but also numerous reporters visited the scene as well. 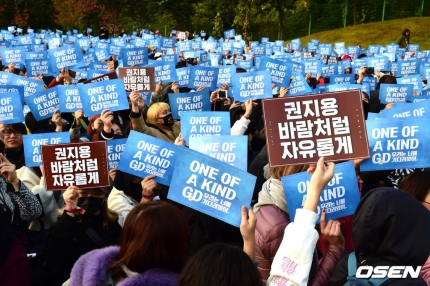 A fan from Hong Kong who visited the scene revealed that she arrived last night. She stated, “I came from Hong Kong to support G-DRAGON”. She added, “I arrived in Yongin last night at 11 PM”.

YG Entertainment also announced, “The army bases where G-DRAGON, TAEYANG, and DAESUNG are scheduled to discharge from are located in the borders where ASF was detected. The government advices not to visit the location as preventative and quarantine measures. Please refrain from visiting the scene to prevent the spread of the virus and for your own safety”.

G-DRAGON made debut as group BIGBANG back in 2006. He has since released numerous hits including ‘LIES’, ‘LAST GOODBYE’, ‘HARU HARU’, ‘FANTASTIC BABY’, ‘LOSER’, ‘BANG BANG BANG’, and ‘LET’S NOT FALL IN LOVE’. The people are paying keen attention on G-DRAGON’s discharge from the army, as he has been tremendously popular not only as a group but also as a solo artist.