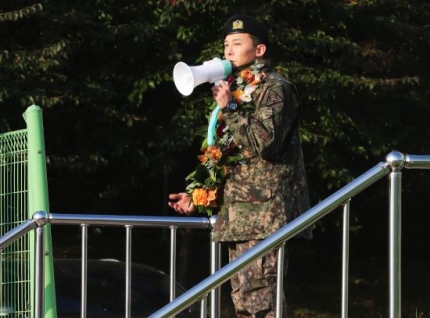 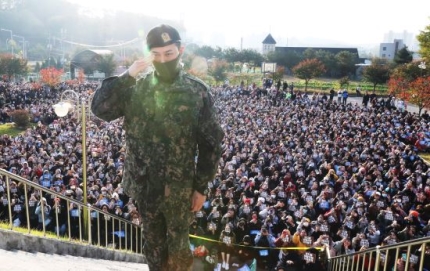 [국민일보=천금주 기자] G-DRAGON(Kwon Jiyong‧31) of BIGBANG was discharged from the army after completing his mandatory service.

On October 26 at 8 AM, G-DRAGON was discharged from the Army Ground Operations Command located in Yongin, Gyeonggido. Thousands of fans gathered at the scene to watch him being discharged. 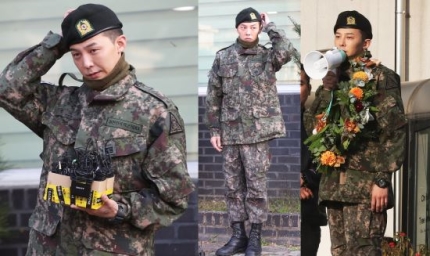 After spotting the fans, G-DRAGON shared his thoughts by stating, “I’ve finished my duty in good health. Thank you for waiting and thank you for coming”. He also saluted while adding, “I’ll go back to my regular job and do my best”. 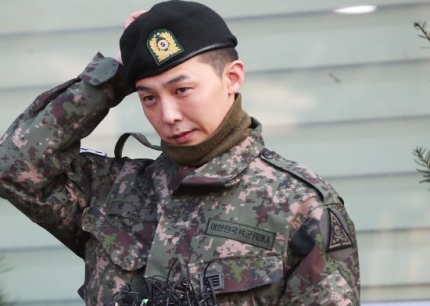 G-DRAGON was enlisted to the army last year on February 27, served for 1 year and 8 months in the 3rd Infantry White Skull Division Artillery Regiment of the ROK army located in Cheorwon, Gangwon-do. He was scheduled to be discharged in Cheorwon, but the location was changed to Yongin due to the African Swine Fever detect near the borders of Cheorwon.