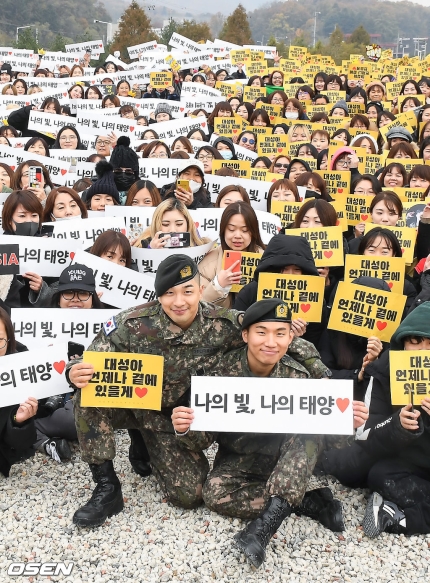 Before the two members got discharged today, G-DRAGON of BIGBANG was discharged from the military in the Army Ground Operations Command Headquarters located in Yongin, Gyeonggido on October 26. G-DRAGON was originally scheduled to be discharged in the artillery regiment of the Army’s 3rd Infantry Division. However, ASF virus were detected on wild boar corpses in Cheorwon. As a result, the 3rd Infantry Division of the Army decided to relocate G-DRAGON’s discharge ceremony. TAEYANG and DAESUNG’s discharge ceremonies were also relocated as well, due to the ASF virus.

DAESUNG and TAEYANG are taking a group photo with the fans.