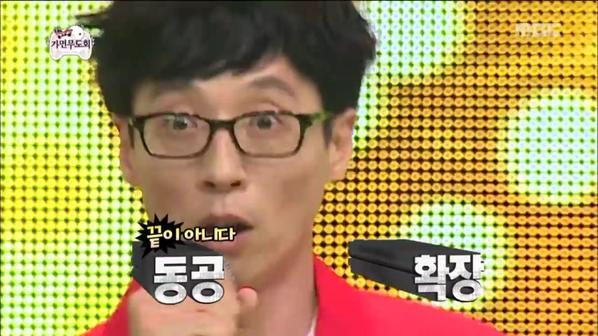 The nation’s MC Yoo Jae Suk recently showed off his live singing abilities on the latest episode of “Infinity Challenge.”

During this broadcast, the show’s cast members performed a song of their choice in order to be paired off into six teams with the special guest singers.

Yoo Jae Suk was the last one up to the stage, and he got everyone up on their feet with his hilarious yet flawless cover of BIGBANG’s “BAE BAE” in the presence of G-Dragon and Taeyang.

The MC perfectly pulled off each member’s parts and was able to pinpoint the unique characteristics and distinct vocal tones of each member.

After watching his performance, the cast and guests poured out their praise. G-Dragon especially asked, “Is there anything you can’t do?” while IU commented, “I had the desire to write a dance song for the first time.”

Watch the absolutely flawless performance below: