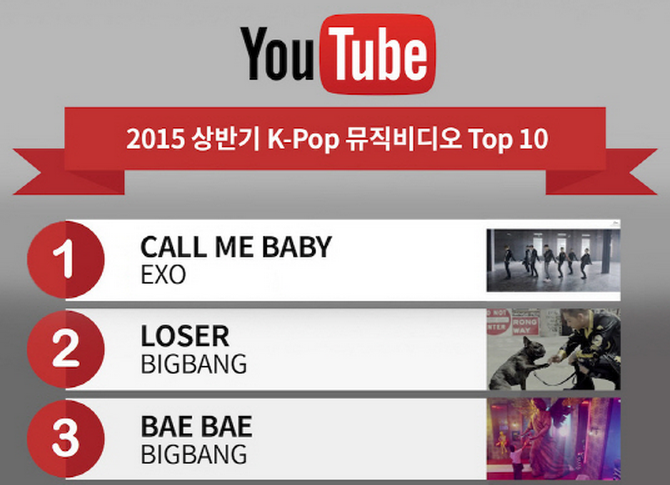 Global video streaming site YouTube has released the top 20 Korean YouTube channels and the top 10 most watched K-pop music videos of 2015 so far.

Nine out of 20 channels that made the list were non-celebrity YouTube channels, ranging from gaming, toy unboxing, cooking, to makeup/beauty channels.

The top 10 most watched K-Pop videos of 2015 chart was topped by EXO‘s “Call Me Baby,” which has garnered close to 42 million views since its release in March. BIGBANG took second, third, and fourth places with their music videos “Loser,” “Bae Bae,” and “Bang Bang Bang.”

Girl groups groups dominated from fifth to the ninth place, with 4Minute‘s powerful “Crazy” music video coming in at fifth, while Miss A‘s comeback “Only You” placed sixth. Girls’ Generation‘s “Catch Me If You Can” came in at seventh place, while another SM girl group Red Velvet ranked at eighth place with “Ice Cream Cake.” EXID‘s “Ah Yeah” placed at ninth place. Producer and singer Park Jin Young‘s single “Who’s Your Mama” came in at tenth. 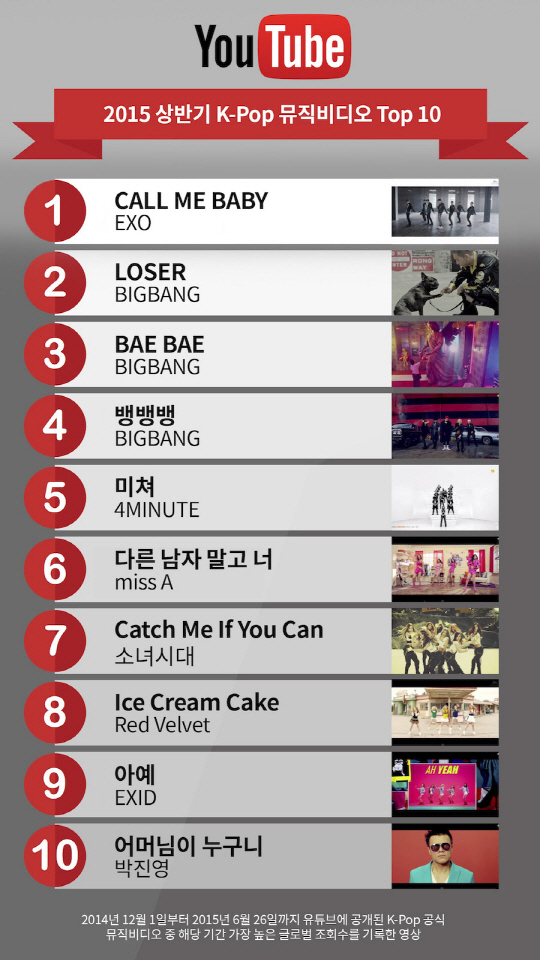 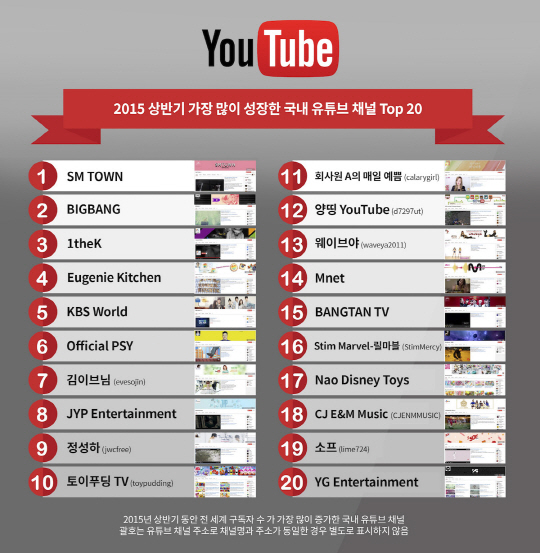