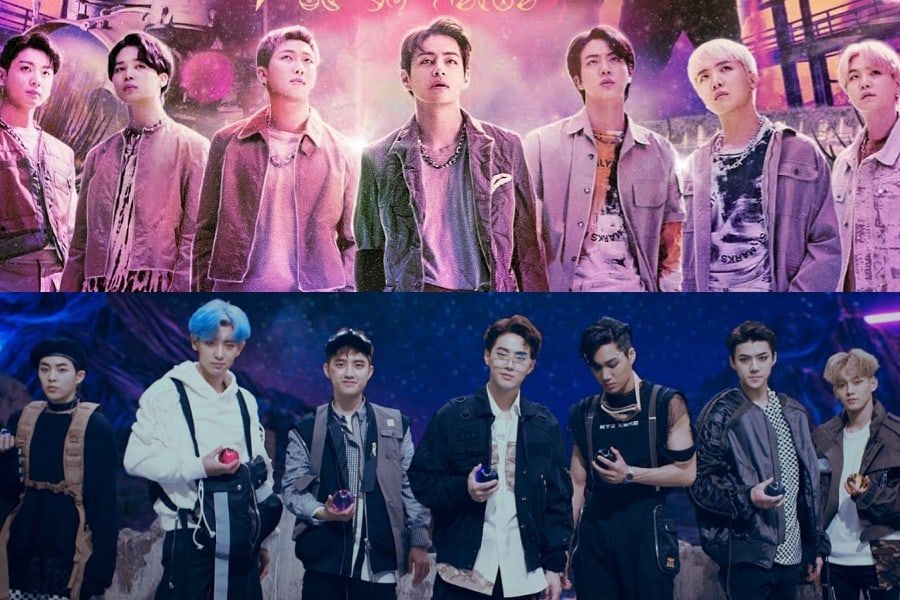 8 Stellar K-Pop MVs That Are Out Of This World

If you’ve been a longtime fan of K-pop, you know by now that the genre experiments with concepts that are simply out of this world. Sometimes, that statement is quite literal, as many idols, both soloists and groups, have decided to give the outer space theme a try.

Here are eight stellar K-pop MVs that represent the extraterrestrial life, in one way or another.

We’ve all thought of running away to somewhere far away, but Stray Kids took it to the next level. Although subtly hinted, the visuals along with the lyrics scream “cosmic,” while the boys are singing their hearts out about being young, wild, and free roaming outside their terrestrial world.

In this narrative, TWICE is going E.T. The members are zapped by a UFO, granting them superpowers. They then decide to use their new gifts to charm their new extraterrestrial classmate. Intimidated by their infatuation, the student goes home, leaving in return nine alien girls on planet Earth.

If you haven’t heard of this masterpiece before, let me walk you through it. From the angel statue all the way to the out-of-ordinary settings throughout the MV, the members are having the time of their lives as they throw an extravagant party somewhere in the galaxy while enjoying a seemingly celestial company, as described in their lyrics.

LOONA is letting their inner stars shine bright in this beautiful rendition, with an equally beautiful cinematography that sends the audience on a trip into outer space. What makes this song even more special is that it is addressed to the entire fandom and serves as the group’s first English release.

BTS is no stranger to the stellar world, as they have often sung about moons and suns. Furthermore, they even released “Mikrokosmos,” which addressed their love for their fandom, ARMY. In this one-of-a-kind collaboration with Coldplay, the members went universal in conveying their appreciation for their fans, which they highlighted throughout the rhymes. The MV beautifully captures the cosmic energy in this song.

Suhyun has chosen a bold concept with which to debut her solo career, as she embraced her inner alien. In fact, the artist describes herself throughout the lyrics as someone who is out of this world, with a uniqueness defined by superpowers that are simply too grand for planet Earth. The visuals comically narrate her story and further support her statement.

If anyone does the galactic concept justice in the K-pop industry, it’s EXO. The group has been at it since their debut and their storyline continues, this time on their own planet. The members fight off their opponent in an effort to regain their superpowers in an exciting extraterrestrial battle.

For a group who has “cosmic” in their name, a space-themed song is simply inevitable. This MV alone is cosmo incarnate, as the sky gives a glimpse of what’s going on out there in the galaxy. The members themselves have a celestial aura that is hard to ignore while they sing of an ethereal love story.

Which space-themed K-pop MV is your favorite? Let us know in the comments below!