[Article] BIGBANG’s G-Dragon On What He’s Learned From The Music Industry, His Dreams, And More 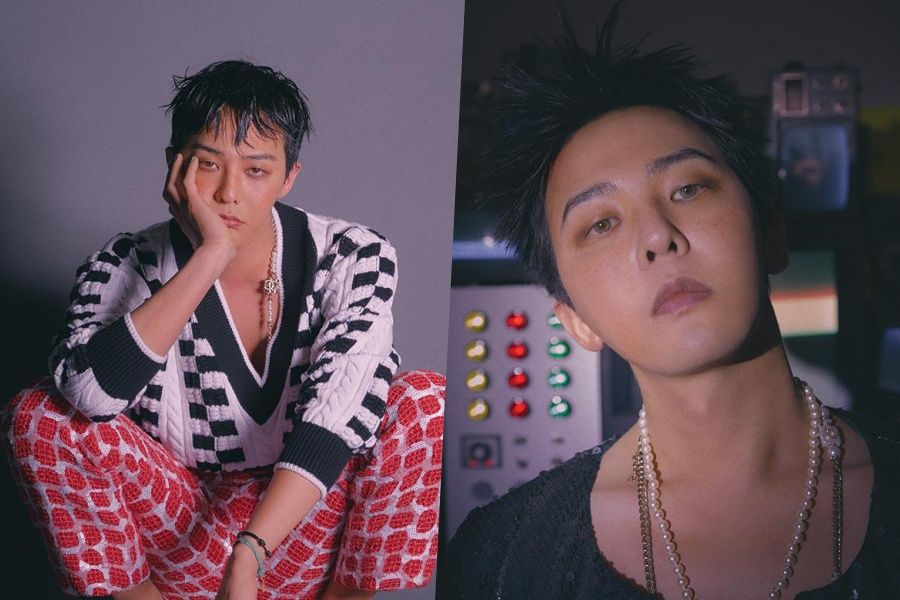 BIGBANG’s G-Dragon On What He’s Learned From The Music Industry, His Dreams, And More

BIGBANG’s G-Dragon has spoken with Elle Korea for their 30th anniversary issue!

On what energizes him these days, G-Dragon commented, “The timing of a lot of things have synced well so I’ve been spending time preciously. From a certain point on, I developed the tendency to avoid outdoor activities but through the moments I’ve experienced recently, my thoughts have changed a lot. I’ve had schedules overseas and had a lot of chances to meet with people I’ve known for a long time while attending various events.”

He explained how happy this made him and added, “I wanted to give my time, heart, and energy to those who also conveyed their heartfelt sincerity, despite meeting me for the first time in awhile. I’ve been gaining lots of strength from others and spending each day enjoyably. That’s the vibe these days.”

To describe what makes musicians cool to him, G-Dragon shared, “It’s hard to define but I believe being like a singer means naturally and not artificially singing about your story and behaving like a song. If life is a play, living your own life where you’re the main character looks cool to me. I wanted to live like that too and am working to do so.” 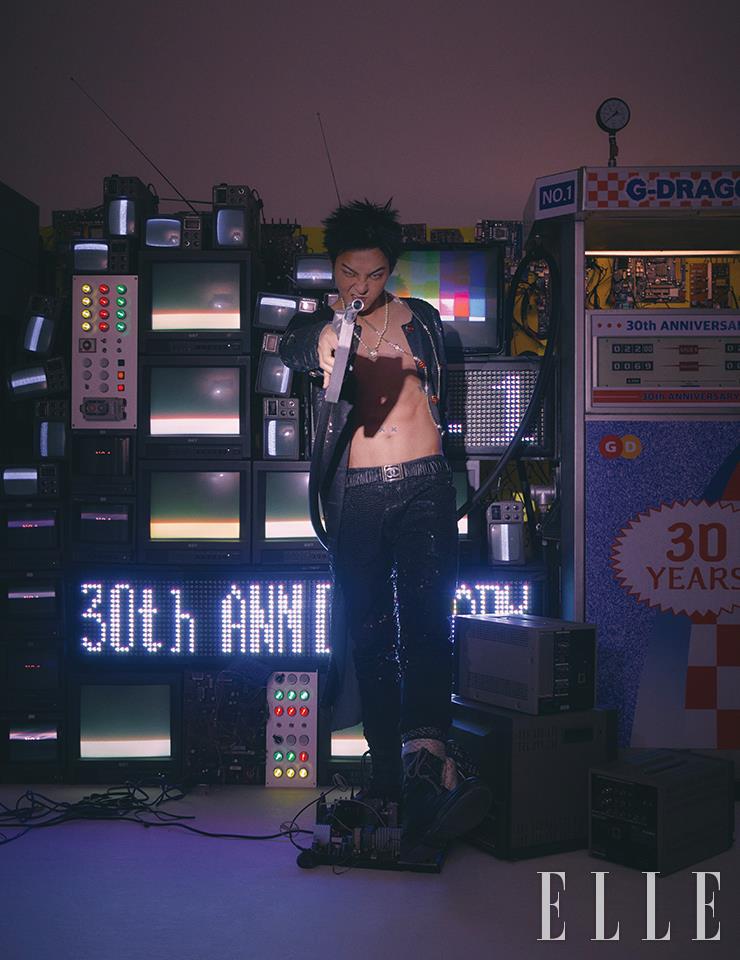 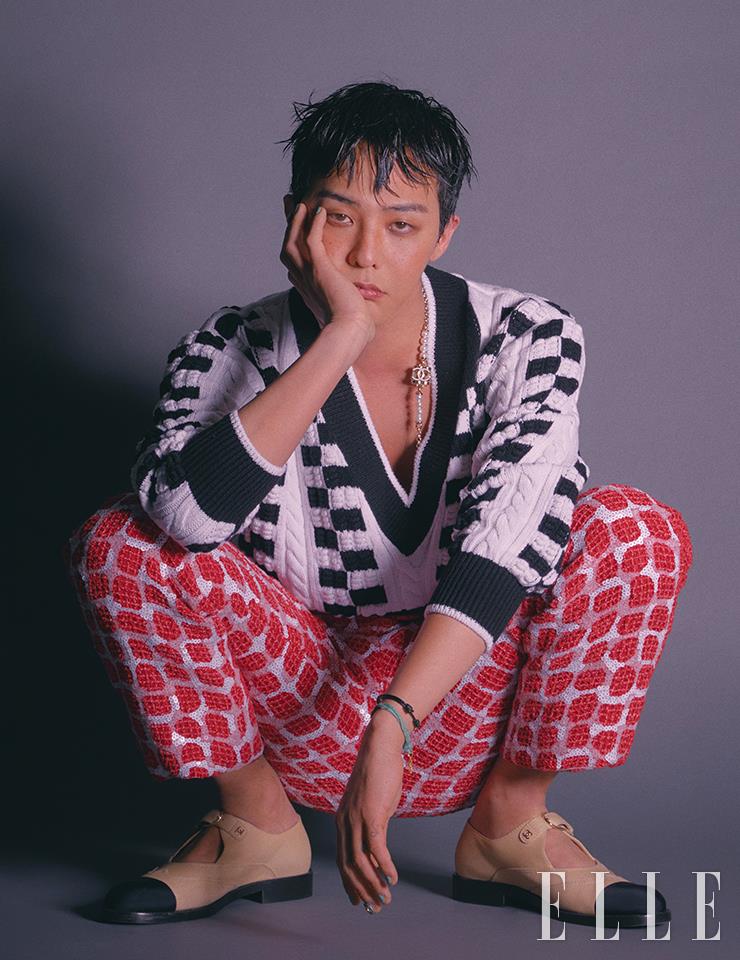 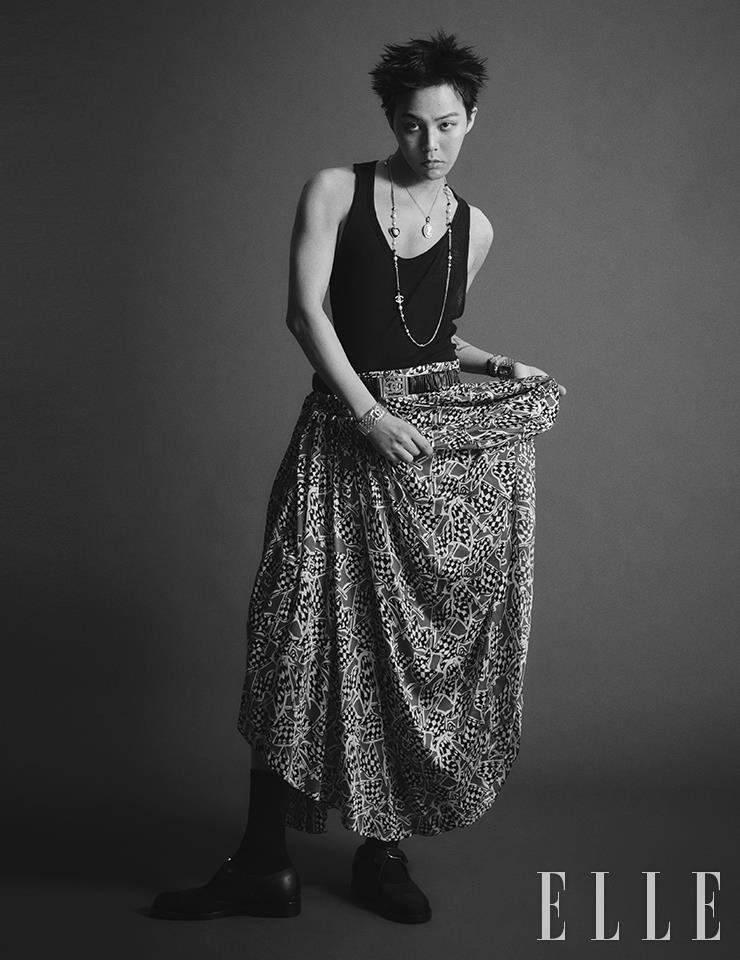 After, the artist touched on the competitive musical journey to build his career and what he’s learned along the way. “When I first entered YG [Entertainment], it wasn’t like the system they have now,” he explained. “I spent my trainee period while attending school and getting scolded a lot. Since it wasn’t a lifestyle where each day was guaranteed, it seriously felt like living in the wild. When I look back, that’s when it was most fun, most difficult, but also most passionate. Each day was jam-packed with ambition and energy. I do miss those things.”

G-Dragon continued, “I debuted with BIGBANG at 19 years old and we made music that was a bit different from mainstream idol music at the time. Next year, I think it becomes nearly 30 years since I first entered this field. This is something you hear often from adults, but I understand the phrases ‘there’s pleasure at the end of suffering’ and ‘there’s no limit to learning.’ This is obvious, but as time goes by, I think this is the truth. During my trainee period where I prepared for a long time, I had so many thoughts, wishes, and prayers. I longed and suffered like it was life or death. That’s why after succeeding, my life feels surreal. However, I also feel that this is the life I’ve accomplished and what I’ve earned for everything I’ve endured.” 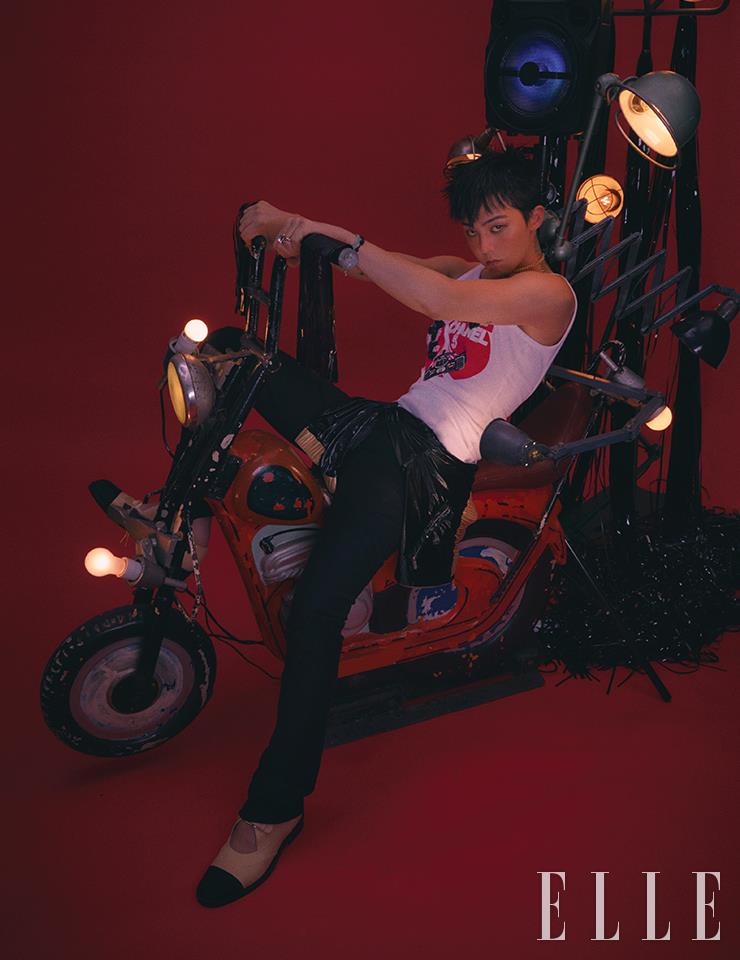 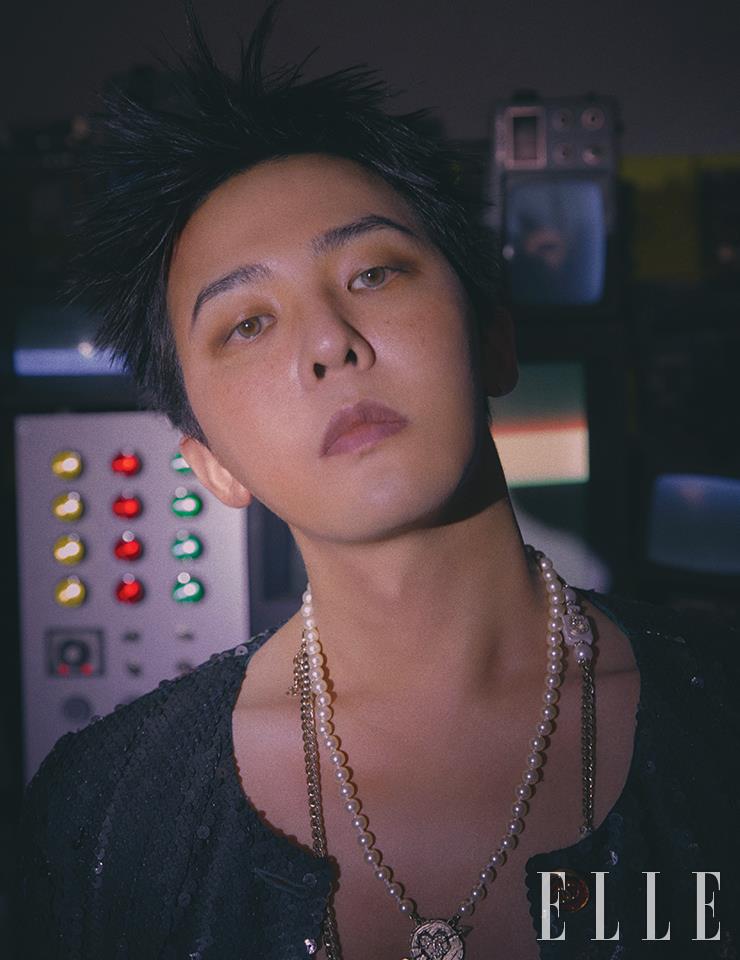 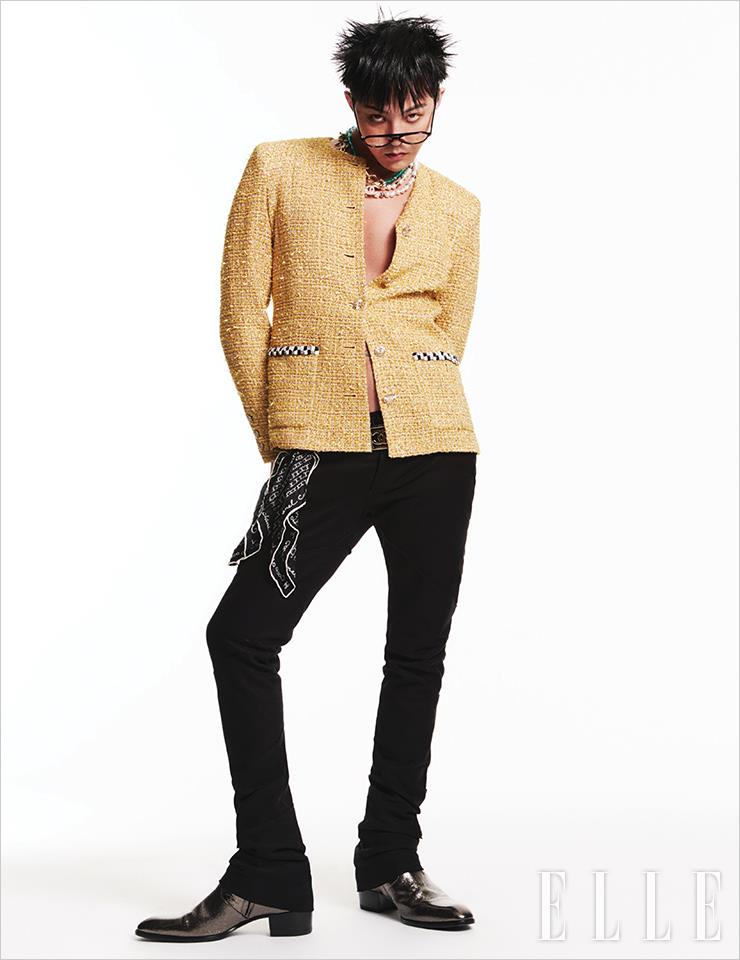 When asked what he hopes stays the same about him forever, G-Dragon chose “being consistent.” He elaborated, “This is something I often hear from those around me and I feel the same way. Now, as I’ve grown older, I’ve gained freedom and become more gentle in different ways. When I was younger, depending on the situation, I’m sure I was someone who looked bold, spiteful, sensitive, and cold. However, the thoughts, intentions, and interests of Kwon Ji Yong [G-Dragon’s birth name] are the same, without any changes. Most of the staff I work with have been with me for 20 years. To me, they are my greatest treasure and they are important figures who allow me to continue doing this work.”

G-Dragon also talked about his current dreams, sharing, “Regardless of the result, as long as the circumstances allow for it, I will continue working quietly in the same spot. That will obviously be shared. I want to share myself as I am, including what I find pretty and good, as well as the emotions I feel. The attempts I’ve made up until now and that I will show in the future are the longtime dreams that have allowed me to be here today. I hope to be a ‘good dream’ that can become someone else’s dream.” 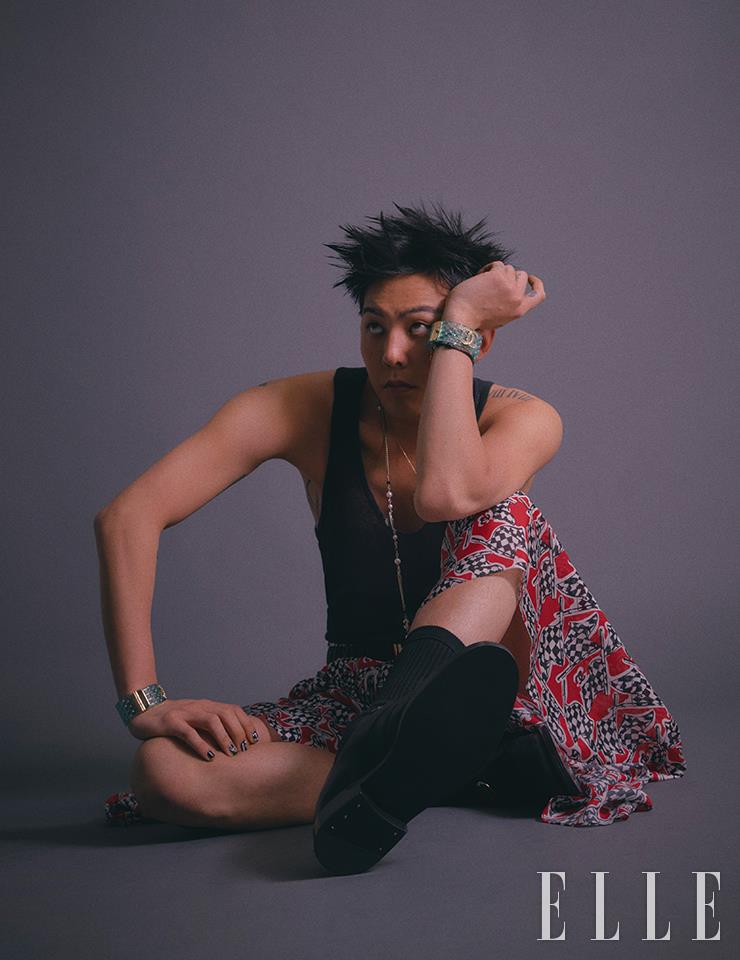 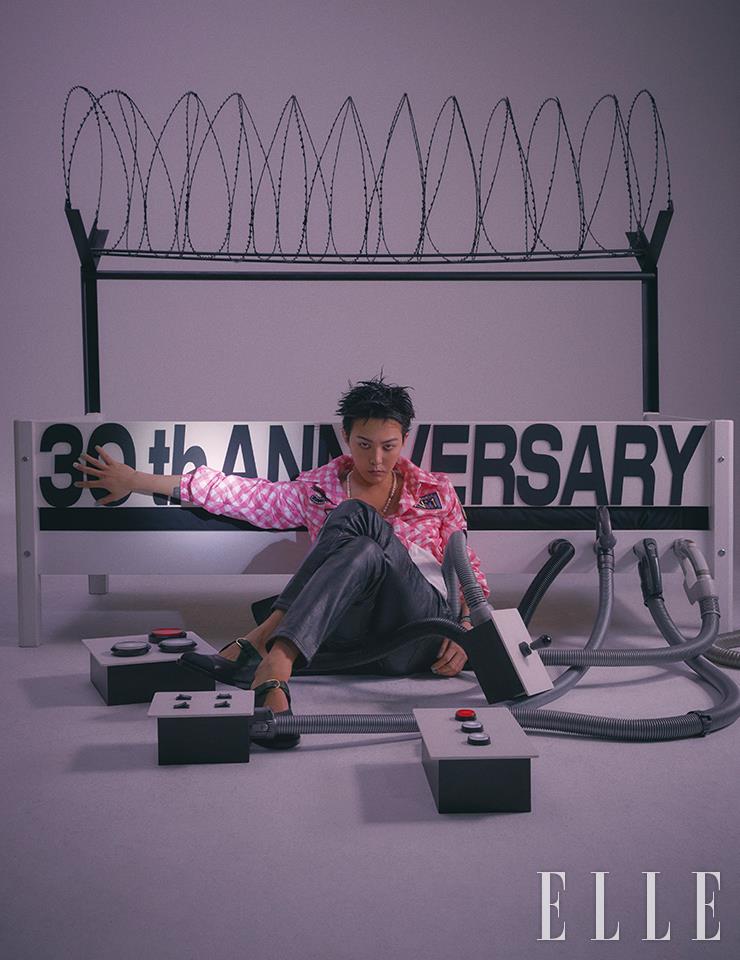 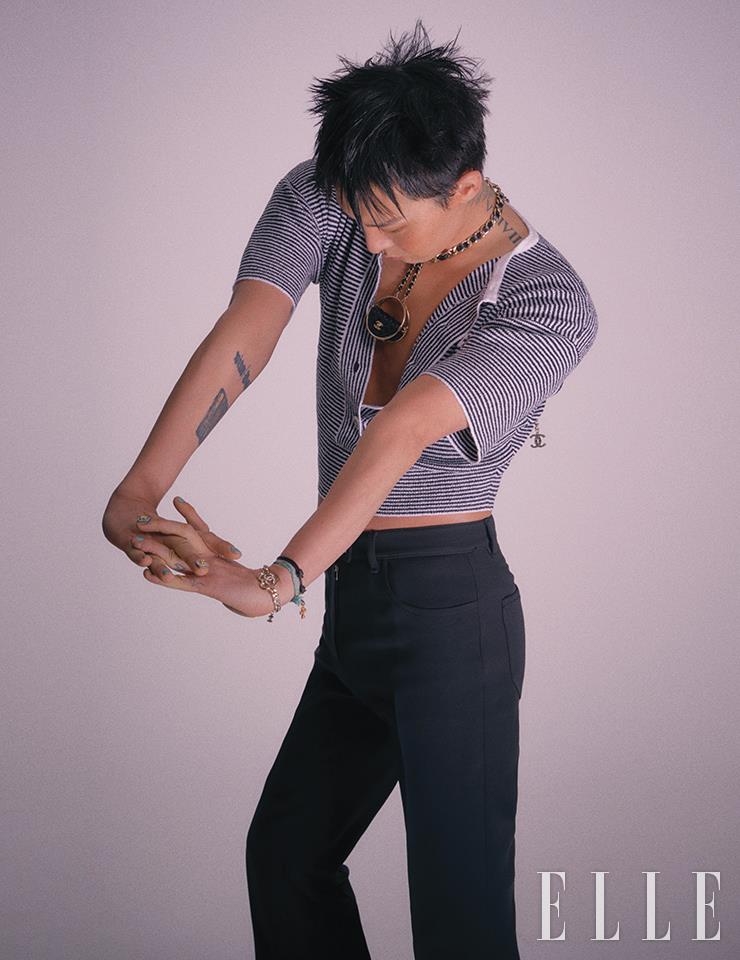 G-Dragon is one of six cover models for Elle Korea’s upcoming special issue for their 30th anniversary. His full interview and pictorial will be available in their November issue!