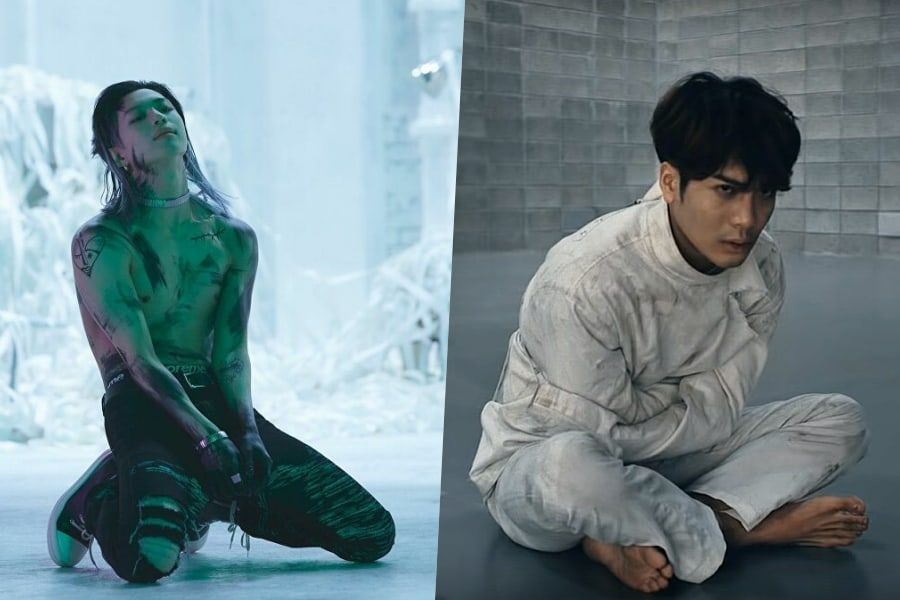 Music has so much depth. Some male soloists have proved that by blessing us time and time again with the most profound releases: whether it be albums, EPs, or mixtapes. No matter the format, the quality is outstanding every single time, and the lyrics send us on an insightful self-reflective trip.

It is impossible to feature every track that fits the description, but here is a short selection of deep male solo releases that will make you reflect.

Ever had one of those solitary nights where you just ponder upon many things that have affected your life in one way or another? Tablo has had one of those, and he beautifully describes it via his lyrics in detail. Bonus: cats are incredibly fond of this lullaby!

When Zico starts spitting rhymes, he doesn’t hold back. The artist delivers a full statement where he proudly acknowledges the many sides that represent him and calls out people who always attack his persona without knowing what’s behind the scenes. This is a reminder to always accept oneself and never surrender to others’ negativity and destructive criticism.

Jackson can be quite the romantic, but he can also portray heartbreak like no other. The song depicts the roots of a toxic relationship that were hiding behind the veil of love. Having missed all the red flags, the singer uses his lines to set an example for others in order to avoid falling in the same trap. If you’re in a similar relationship, consider this your wakeup call!

Sometimes, people fall out with their loved ones and regret it greatly afterwards. G-Dragon portrays those exact feelings through his song which send goosebumps down every listener’s spine due to its depth and heartfelt lyrics. This also serves as a heart-wrenching but necessary reminder to take care of the people surrounding us and be good to them.

Changing from his usual badass signature, Joohoney gets raw, real, and personal. The artist fervently calls for help from within the smoky atmosphere that’s keeping him prisoner. Talking about feeling lost and struggling to smile, he touches on a common yet discarded mental health issue that many might relate to as they listen to the lyrics.

This hype beat by Yongguk is here to give you the pep talk you might have been looking for. The rapper underlines the prison that some people build around someone under the illusion of freedom, and recommends that you create your own path and seek your freedom from within – breaking free from others’ bad influence. In short, Yongguk is asking you to come home to yourself.

It is no secret that RM has his way with words. In “Moonchild,” the rapper sheds light on the sorrows that befall one’s life and how they shouldn’t succumb to it. Instead, he urges people to reach out to the light they have within and shine in order to conquer the darkness, just like the moon does every night.

The best motivation story comes from seemingly endless struggle that births a fruitful outcome, and Ten is telling that exact tale. Standing up for his dream and facing his fears are the idol’s recipe for success that have helped him thrive in his career. You too can be your own hero in any field you wish as long as you don’t take no for an answer.

Taemin’s latest title track is a commandment for everyone to acknowledge, admire, and abide by. The singer fights stigma that people use against him and liberates himself from all the shackles they relentlessly try to put on him. Liberated and confident, he is nonchalant to others’ petty talk behind his back as he shuts them down with this brilliant piece. One thing is for certain, Taemin’s advice is to take and uphold!

Which male solo release makes you reflect the most? Let us know in the comments below!