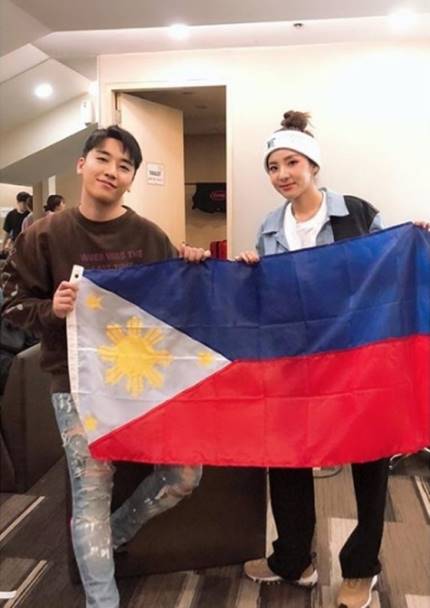 [스타뉴스=노영현 인턴기자] Singer Sandara Park shared a message for the fans in the Philippines with SEUNGRI.

On January 21, Sandara Park uploaded a photo on her Instagram with the caption, ““Pandara in the Philippines. Maraming salamat!”.

Sandara Park and SEUNGRI were holding the national flag of the Philippines. They grabbed the viewers’ attention with a sweet and warming look.

The fans reacted by commenting, “Pandara is love”, “The two are both cute”, and “Great job”.