BIGBANG and EXO to Go Head-to-Head on This Week’s “M!Countdown” 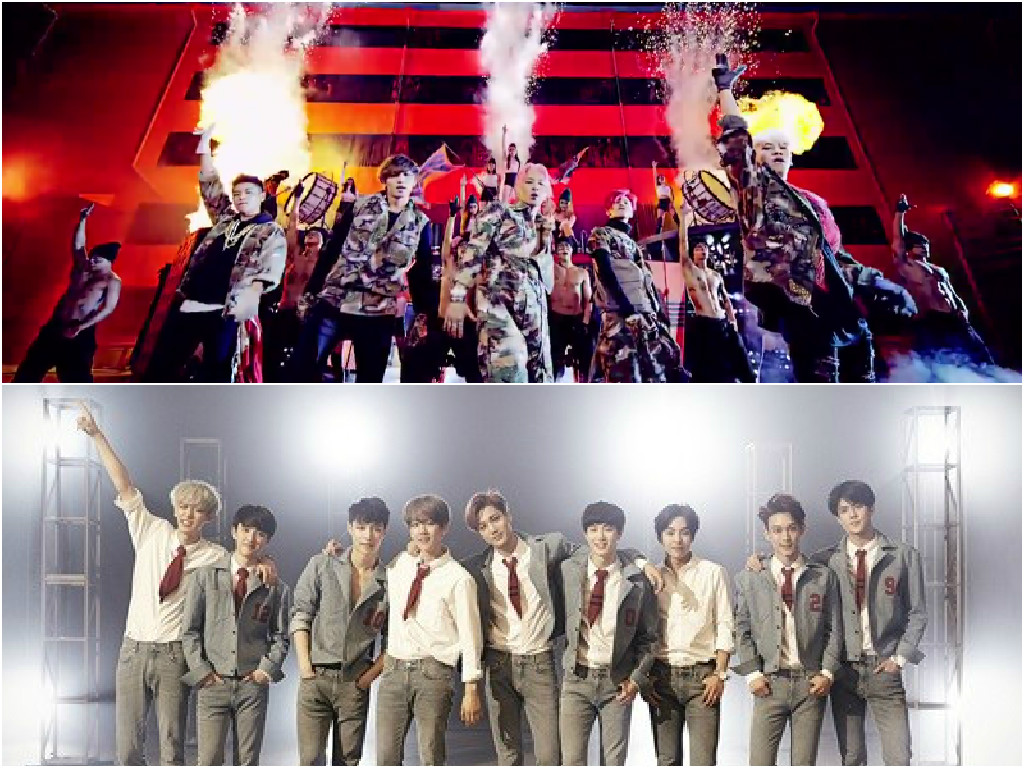 This week’s “M!Countdown” will go down in history as arguably one of the most spectacular music show episodes ever.

It has been confirmed that both BIGBANG and EXO will be performing on the June 4 broadcast of “M!Countdown.” This marks the first time for the two groups to hold comeback stages on the same show.

Not only are their anticipated returns scheduled for the same night but BIGBANG and EXO are also going head-to-head with album promotions. BIGBANG dropped their second “Made Series” single on June 2 and EXO released their repackaged album on June 3.

As of 9 p.m. KST, BIGBANG ranks first on most real-time charts with “Bang Bang Bang” while EXO takes the second spot with “Love Me Right,” followed by BIGBANG’s “We Like 2 Party.” Now we can only wait to see who ends up topping the weekly charts.