BIGBANG Tops Domestic Music Charts With “If You” and “Sober” 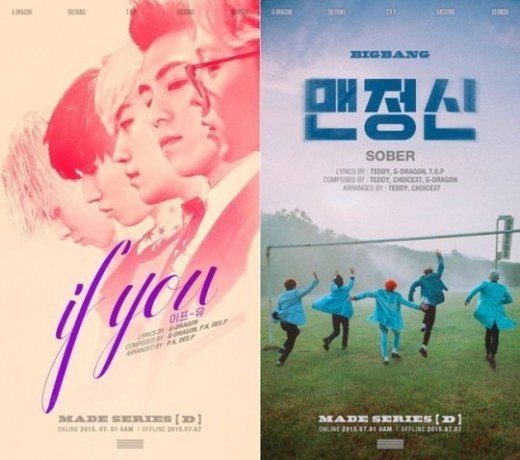 BIGBANG has dominated the music charts once again with their new songs “If You” and “Sober.”

When YG Entertainment released the “MADE Series-D” on July 1, “If You” claimed the number one spot on eight different music charts including Melon, Mnet, and Genie as soon as it was released.

“Sober” ranked right below in second place in those eight charts and BIGBANG proved their popularity yet again, not to mention that their “MADE Series-M” and “MADE Series-A” albums in May and June dominated music charts as well.

“MADE Series-D” is also hugely popular overseas. This album swept the iTunes charts of 16 different countries including Hong Kong, Norway, Peru, and Thailand.

It is currently ranked fourth and 22nd place in the U.S. and the U.K. respectively.