[Article] BIGBANG’s G-Dragon Talks About What Music Means To Him, His Fashion Philosophy, And More 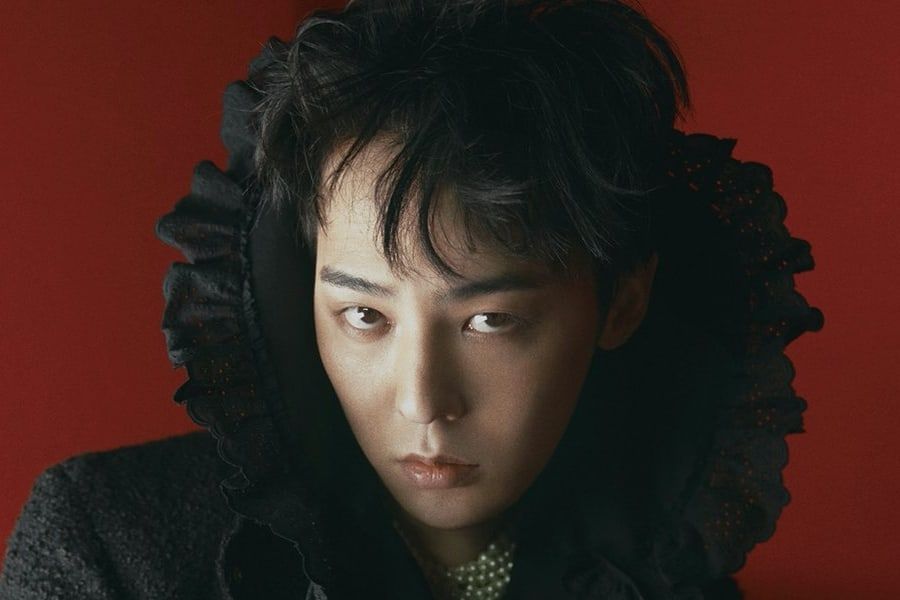 BIGBANG’s G-Dragon Talks About What Music Means To Him, His Fashion Philosophy, And More

His elegance shone through the pictorial, in which he wore Chanel’s fall collection featuring Chanel’s signature pearls, 2.55 hand bag, and quilting. The photo shoot took place at an old recording studio in the Yongsan District. 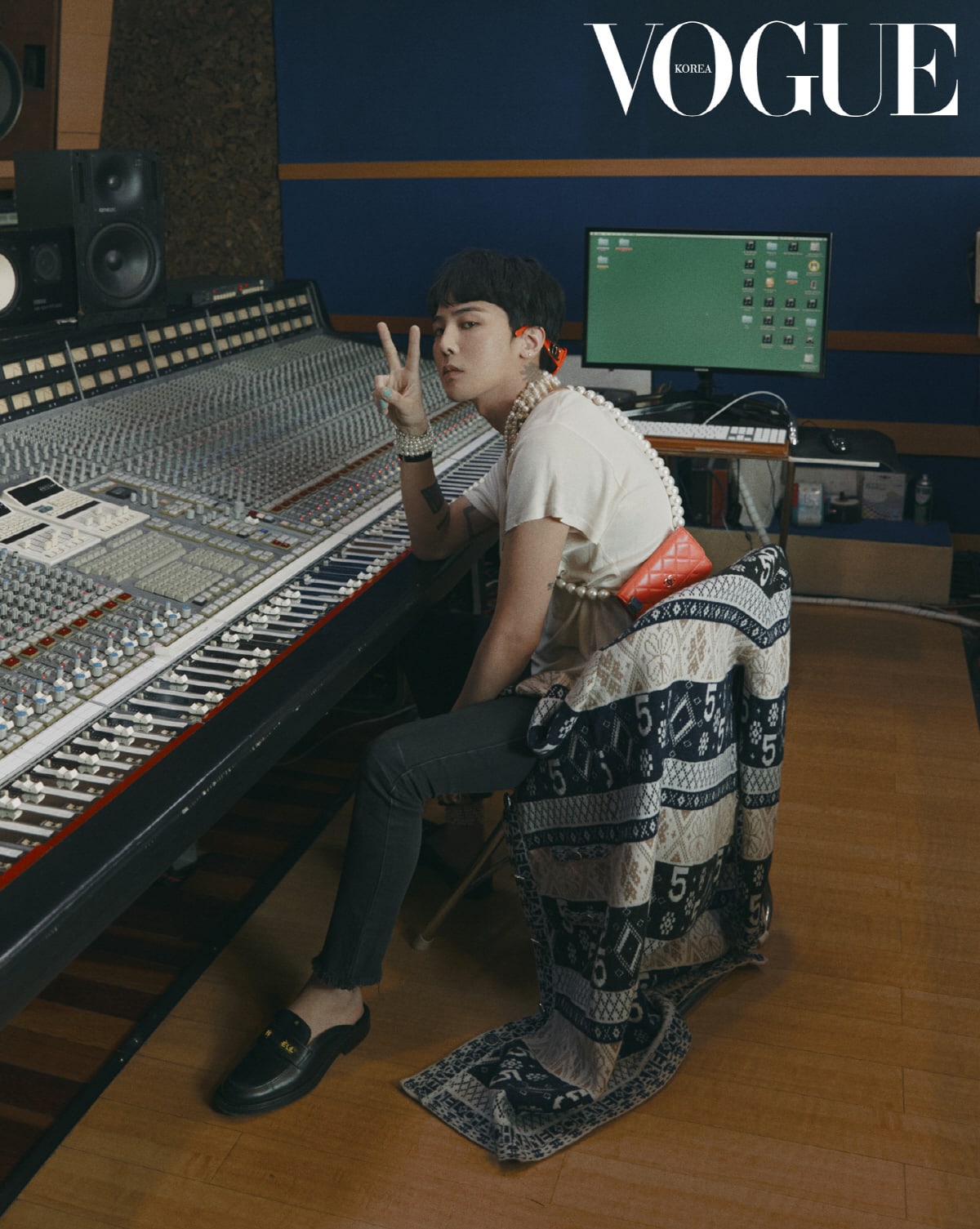 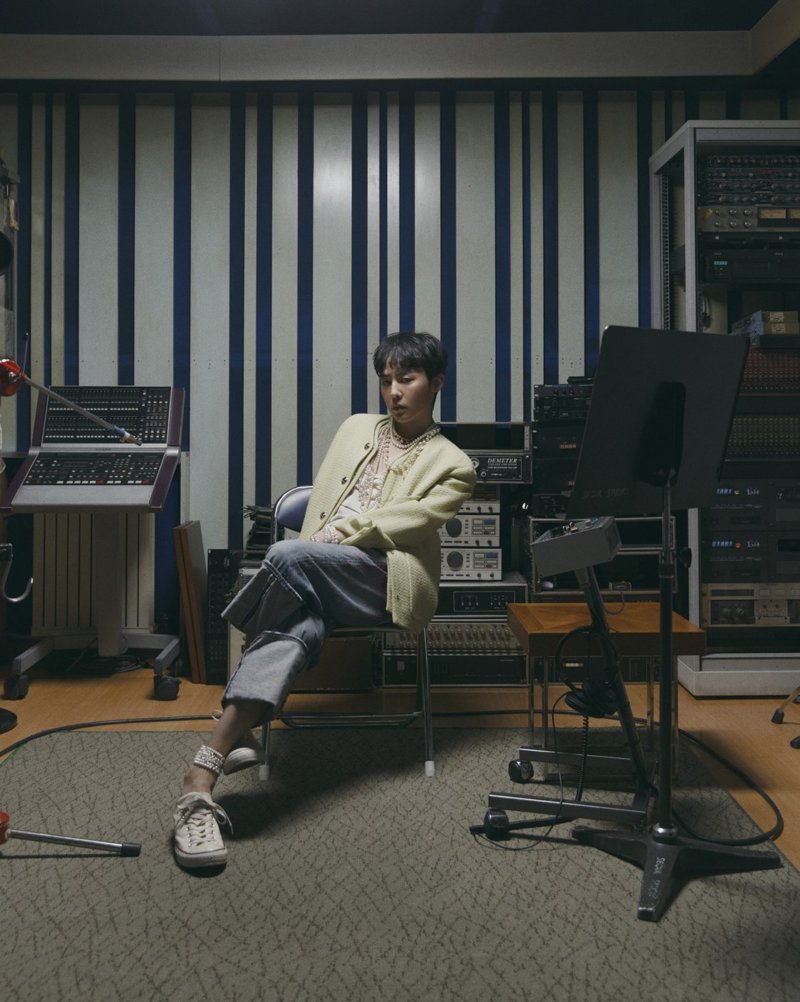 The feature not only highlighted his ability to pull off various outfits, but also his thoughts on two of his well known traits – his style and songs. When talking about the concept of the photoshoot, G-Dragon explained that he “didn’t mean to break people’s stereotypes about Chanel as a brand.” He added, “When I style my jeans with Chanel’s tweed jacket or jewelry, it’s a playful combination. I like how I can look well-dressed but carefree at the same time.” 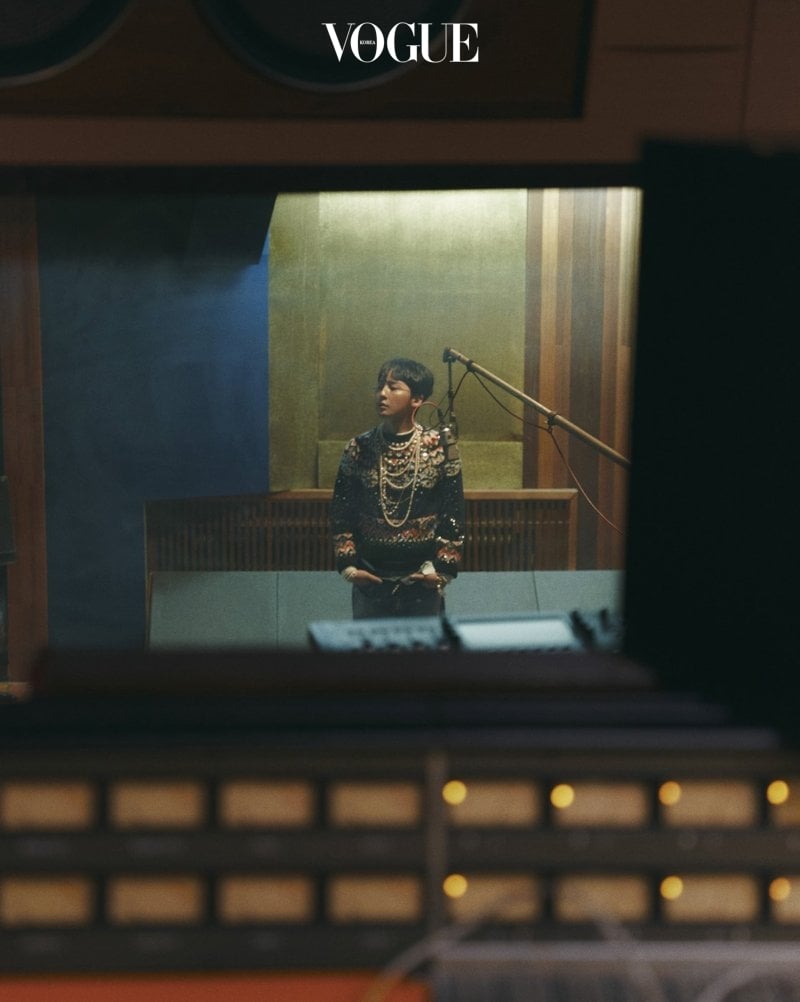 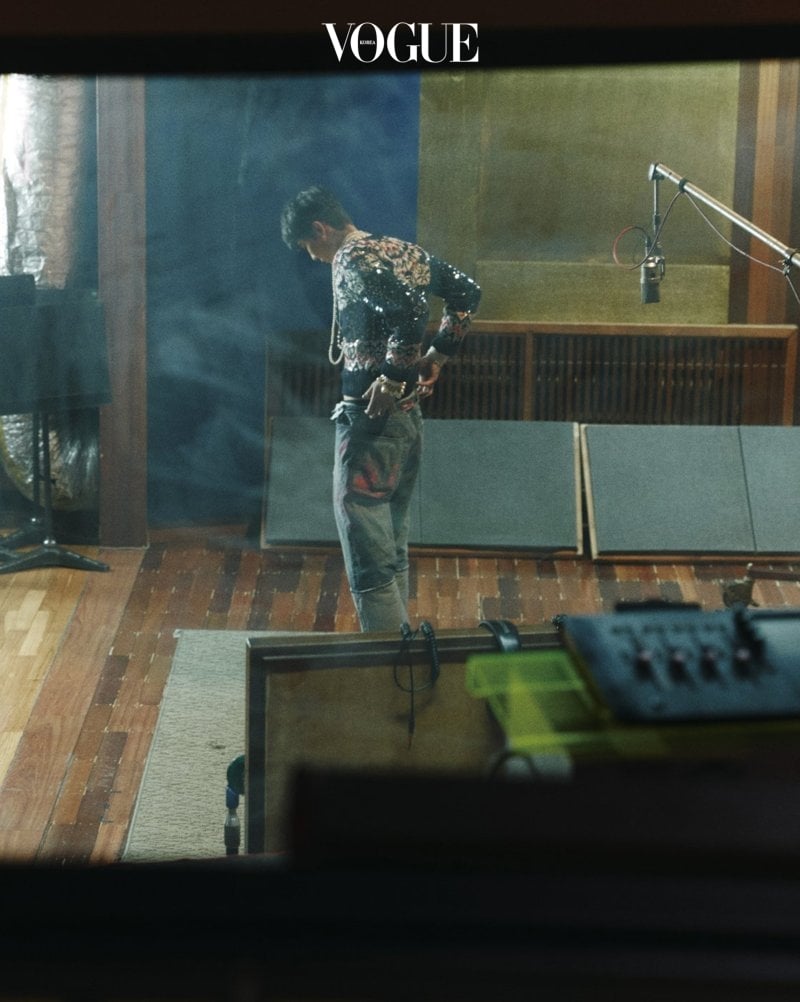 In an interview, he also briefly expressed his current views on music. Referring to the numerous songs he wrote in his twenties, he described, “They are like a diary because I tend to write about my personal experiences. If I hadn’t written about them, I’d have forgotten everything because I’ve been so busy. When I listen to my songs at a later time, I think to myself, ‘Ah, that was then.’ Or, I realize how my thoughts and perspective have changed over time. I also sometimes go through similar ordeals again.”

Here are more of the photos from Vogue Korea’s feature with G-Dragon: 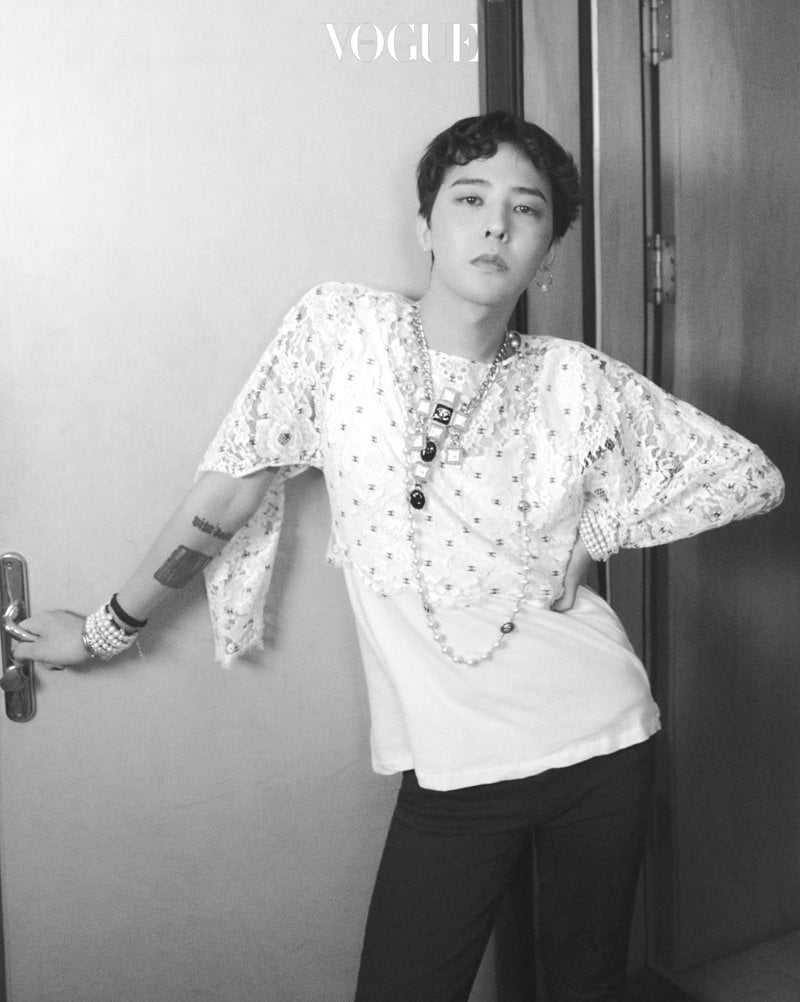 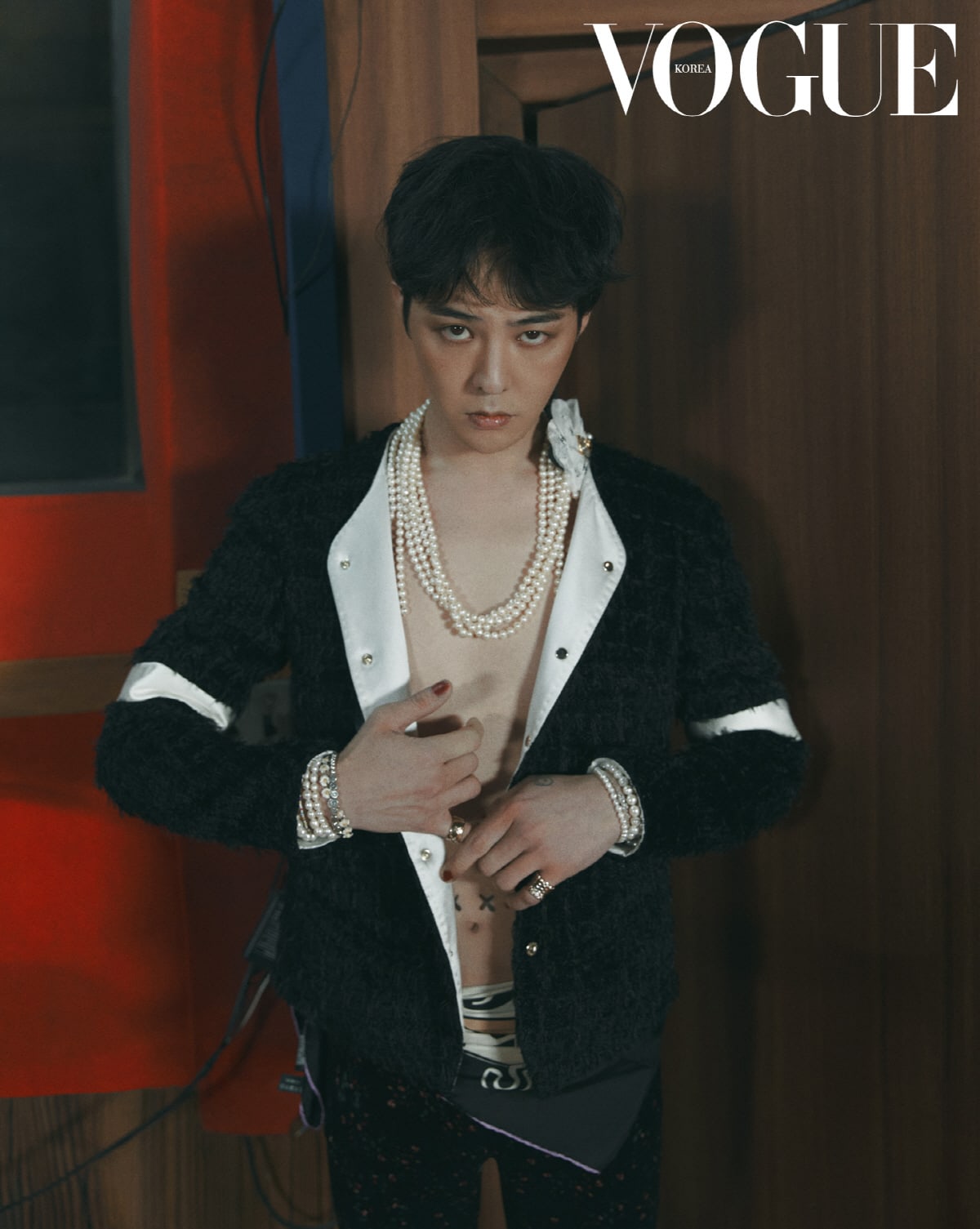 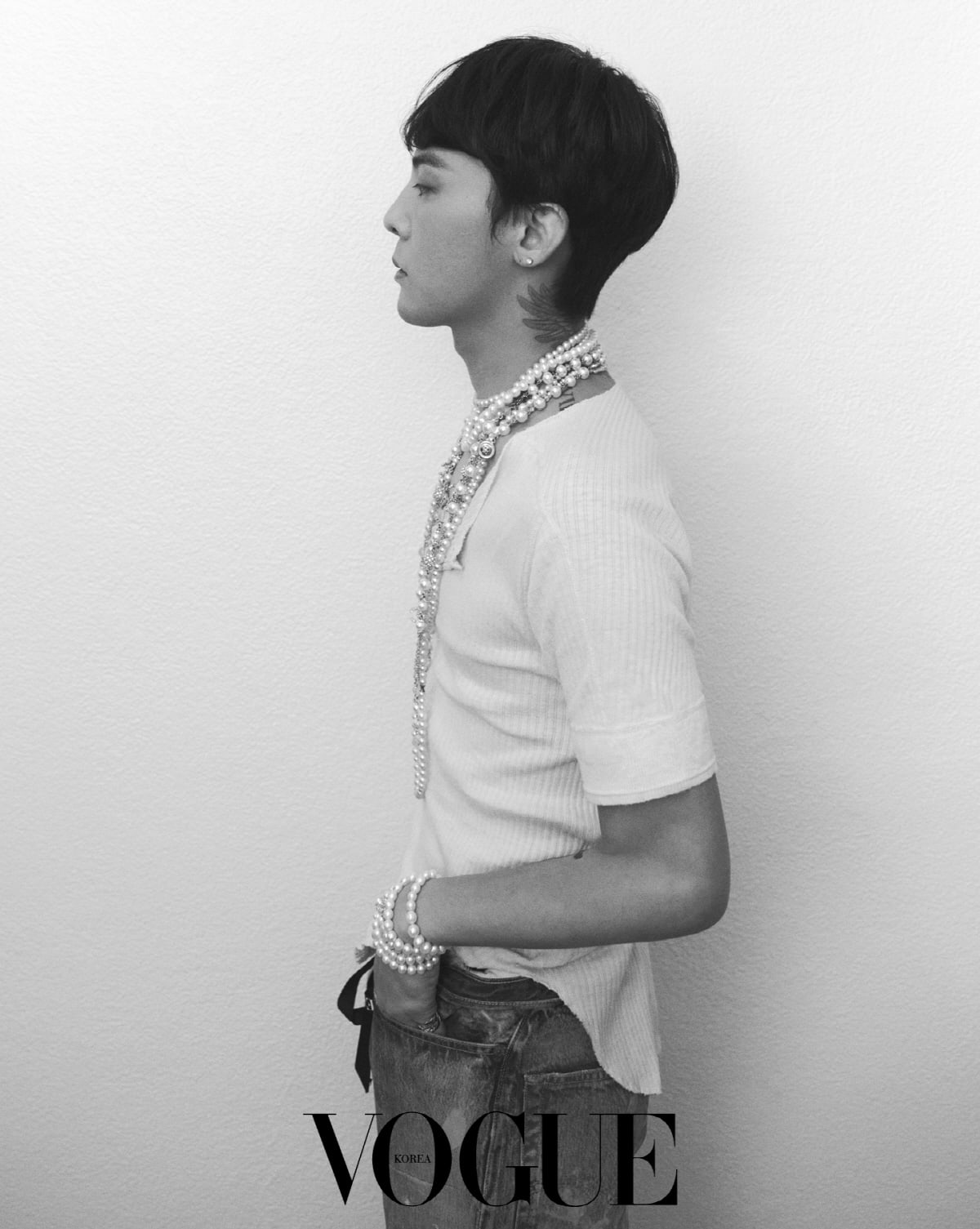 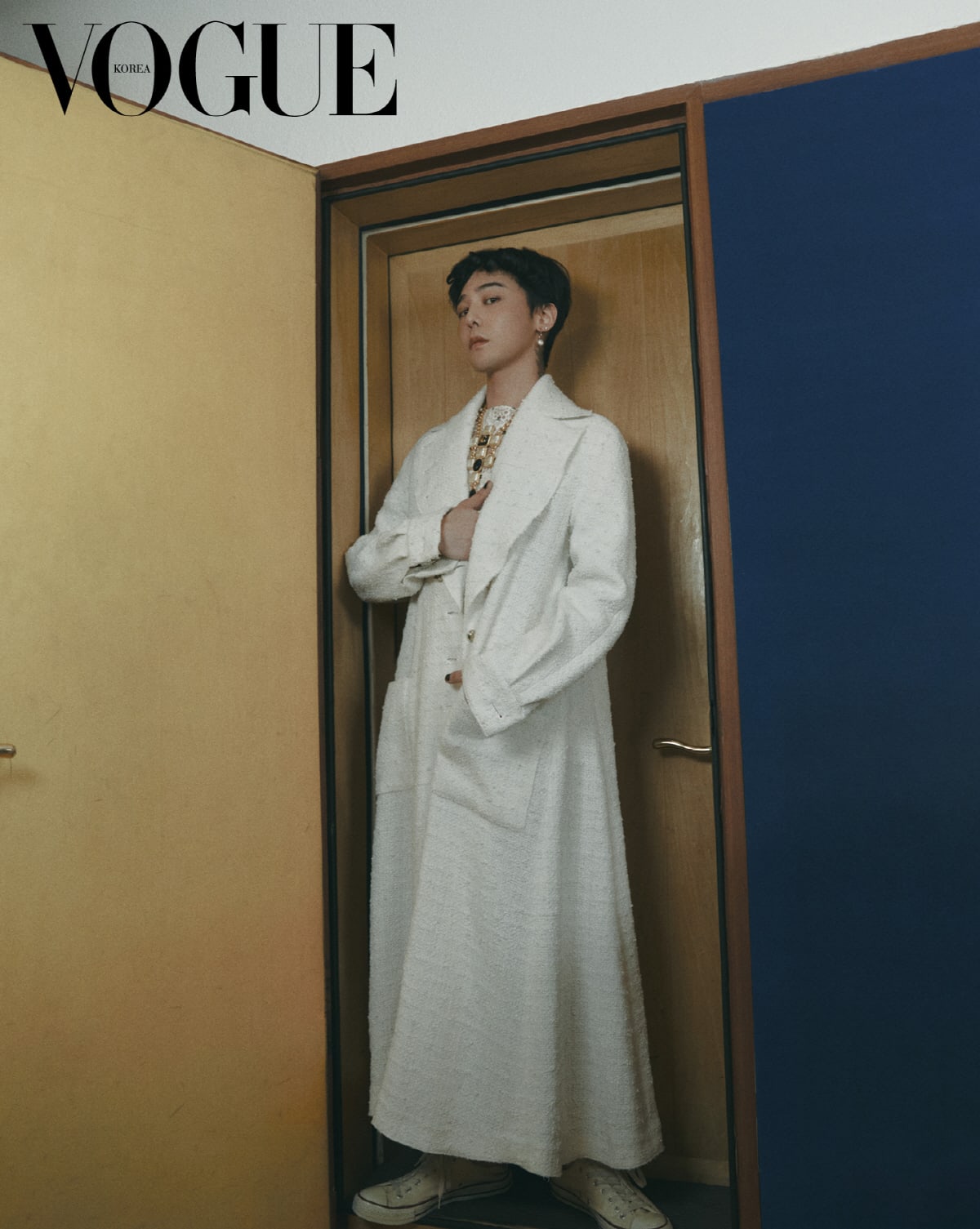 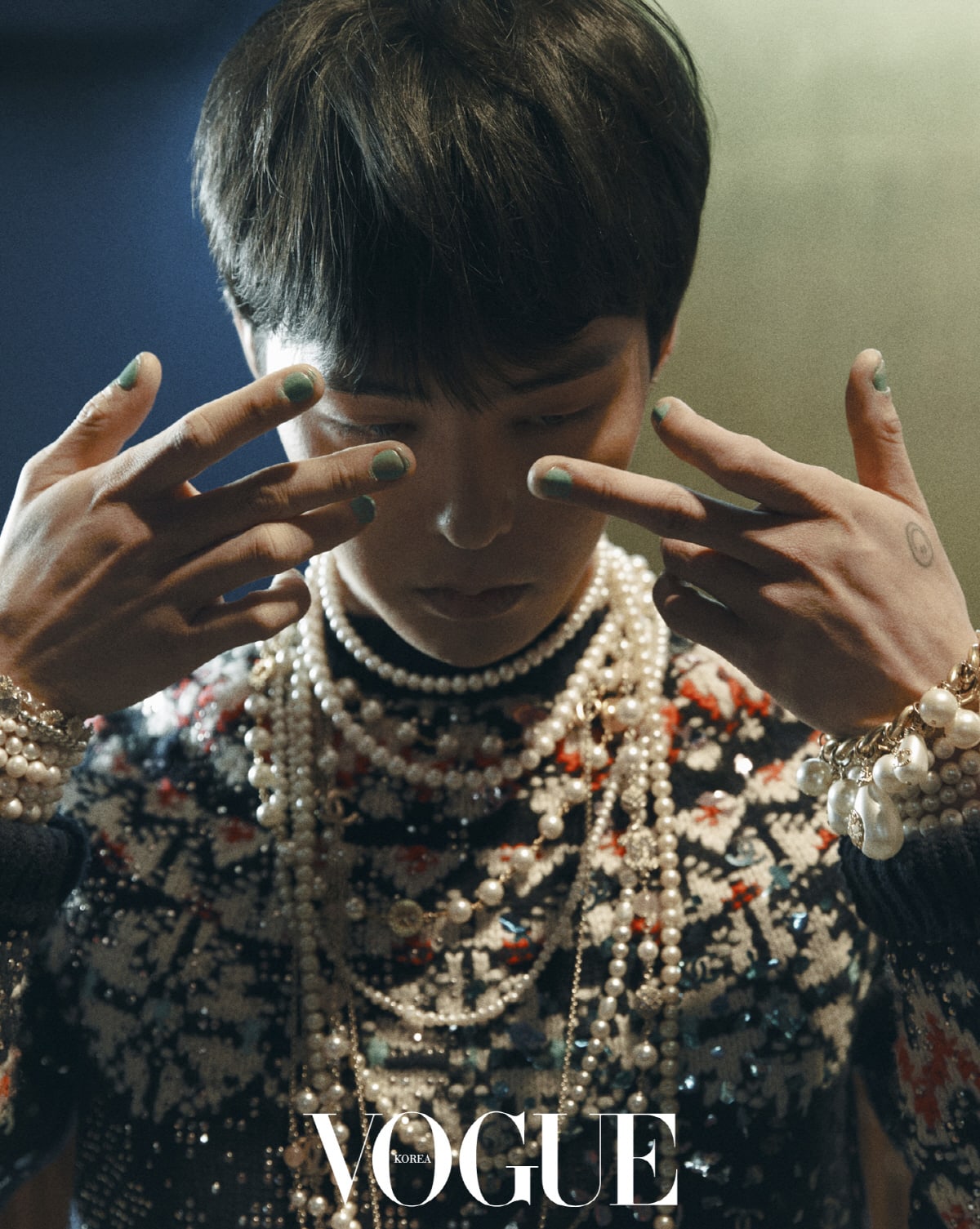 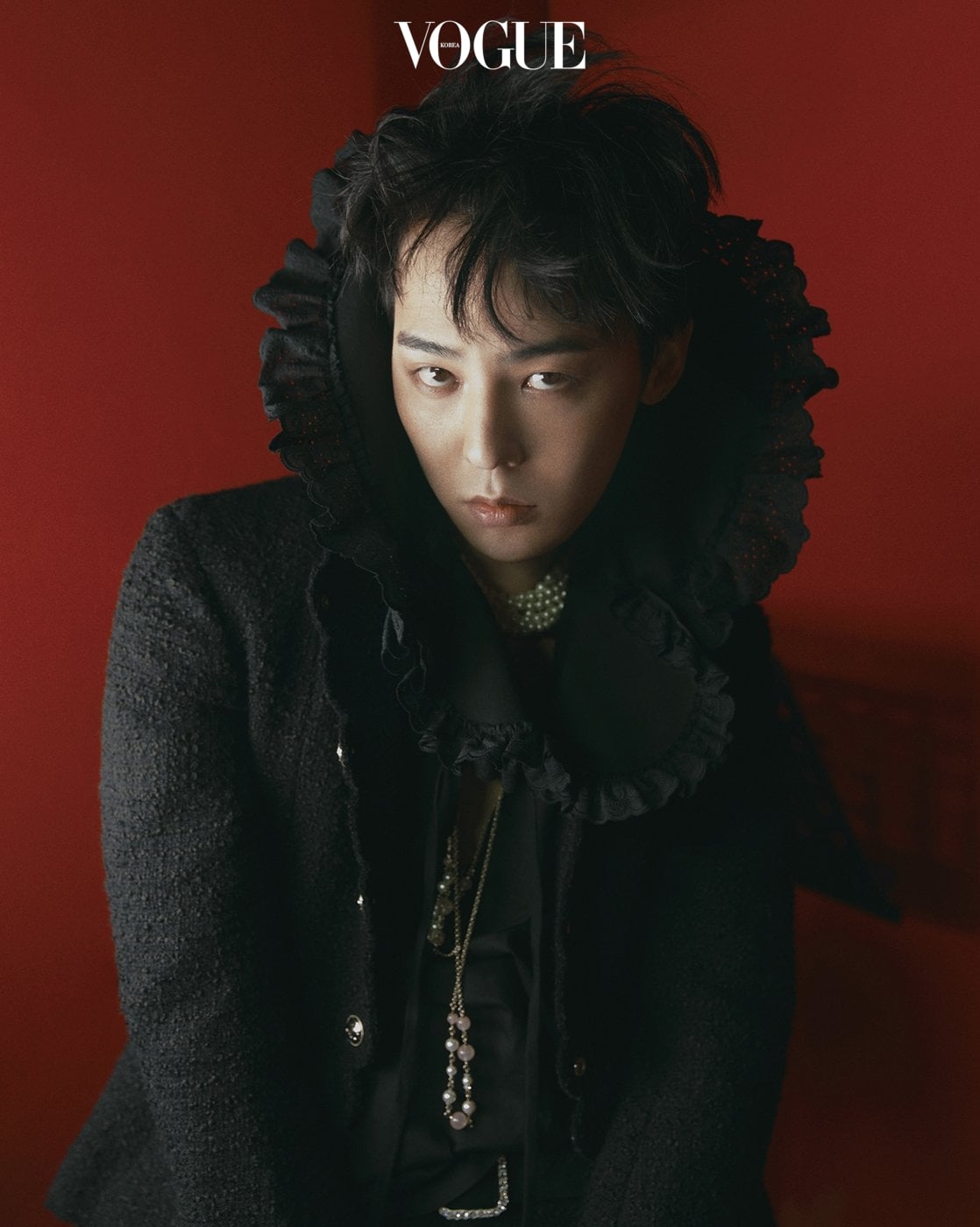 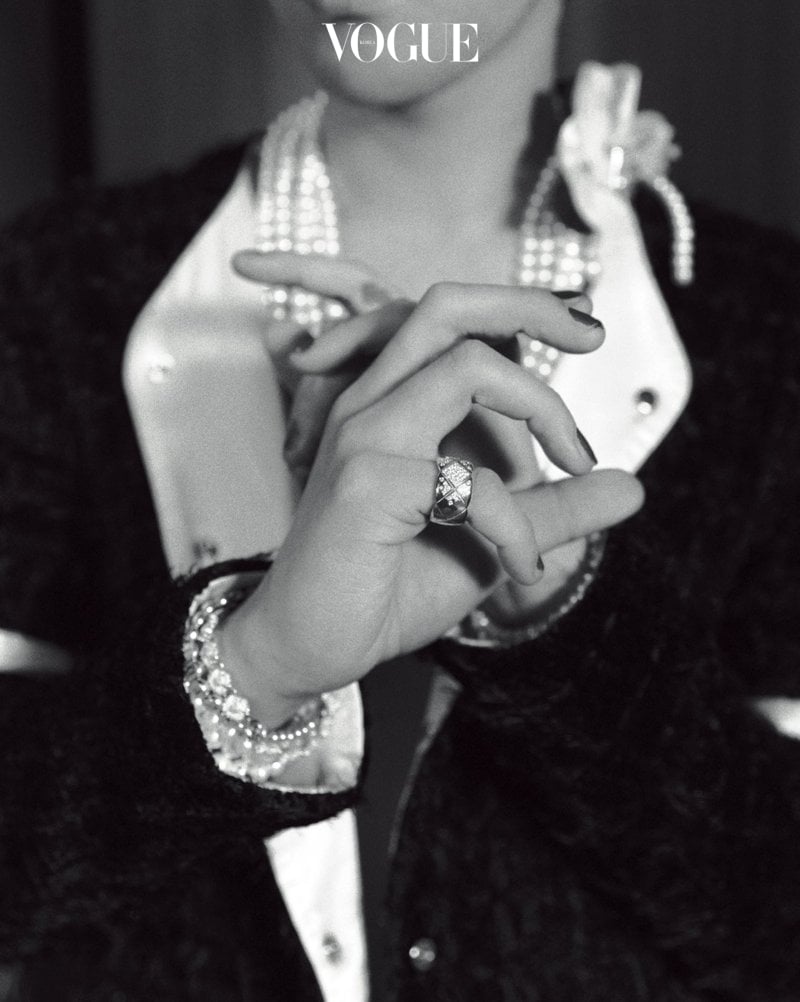 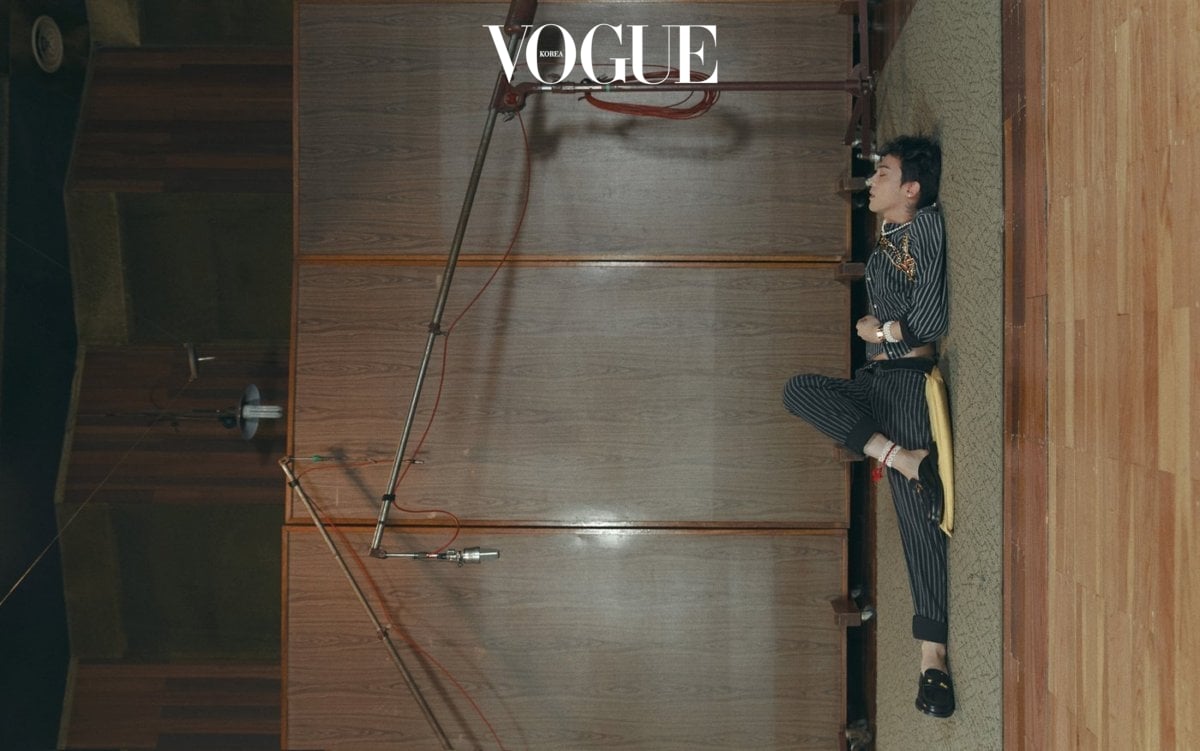 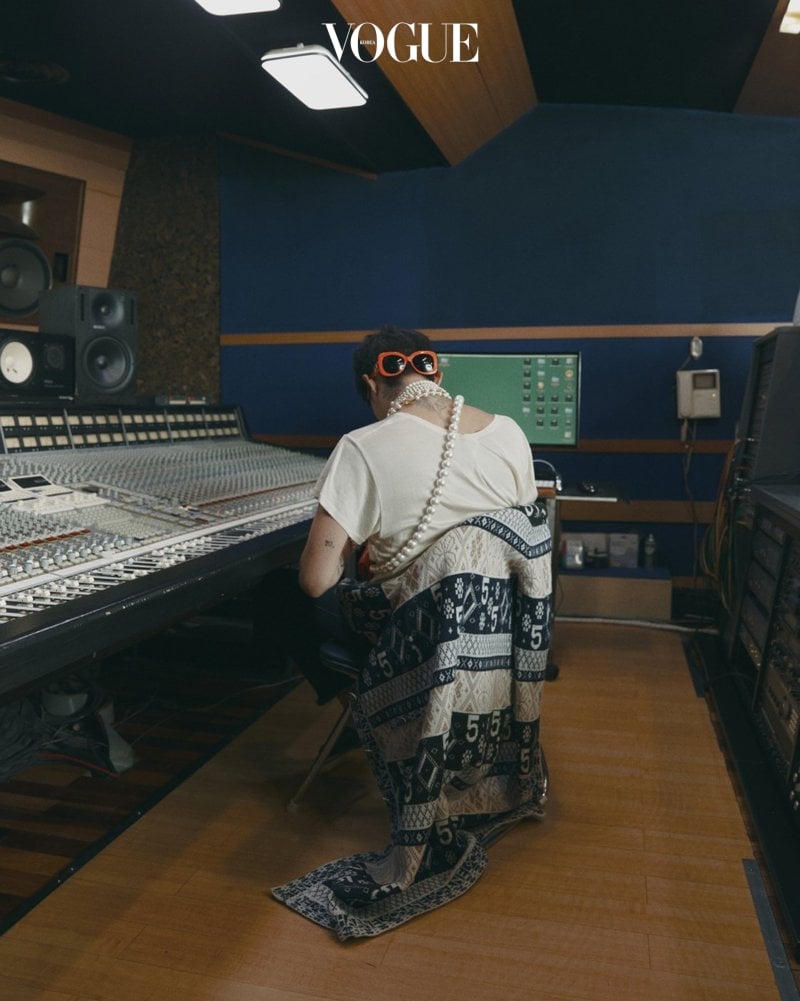 The photos and videos with G-Dragon can be found on Vogue Korea’s official website, social media channels, and YouTube channel.