Translation of this article by “Official page BIGBANG” on VK. 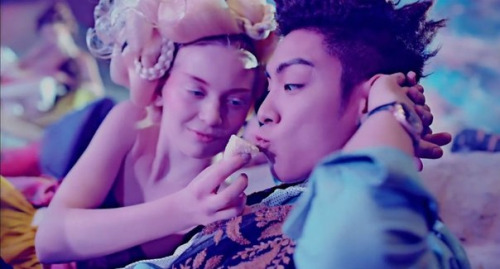 Today we want to tell you about another woman from the BIGBANG MV “Bae Bae”. This time, the conversation will be about a Ukrainian girl from Lviv with a beautiful name – Ustina.

She works as a model and came to Korea on contract for 2 months. When we asked how she got onto the set for the MV and whether she went through casting, Ustina said that there wasn’t really “casting” per se, and the actresses, who were all from different agencies, were chosen through photographs provided by the agencies. Before filming the MV, Ustina didn’t know that BIGBANG was so popular and was only told that later (Which she could figure out herself when in less than a week the MV accumulated more than 10 million views on Youtube).

On set, Ustina didn’t notice the guys having “star disease”, and in fact working with them was easy and fun. But the actual shooting was exhausting. While they were shooting one girl, the others had to wait, and this could total 10 hours of waiting. The hairstyles were also heavy and the girls had to sit with them all night. This was the most tiring thing.

Ustina really enjoyed shooting the MV, especially with stars of that calibre. It was interesting observing the filming from the other side of the camera. There were a lot of funny moments on set. The band members themselves laughed a lot whenever they watched one of the other guys being filmed with his actress (and they probably made fun of each other afterwards).

To the question of who out of the guys was the most memorable, Ustina said that TOP was the most memorable, as even his contact lenses were enough to leave an impression against the backdrop of the other guys. But the guy who appealed to her the most was “the guy with the toothpick” (she’s talking about Jiyong, she just didn’t remember all their names), because he talked in English with the girl who was lying with him “on the moon”, and cheered up the other models by telling them interesting stories.

Ustina added that shooting was fun and everyone fooled around. The guys are not arrogant, and had good demeanours towards the film crew, staff, and the models. They could explain things in English and provide instructions, and also complimented the models, saying things like “good job, you’re doing everything right.” There wasn’t really a language barrier, since the managers were nearby to translate from Korean to English. There was another interesting moment that Ustina talked about: in their free time, the guys played poker.

When we asked Ustina about filming the scenes with the rice cakes, she said that she tried them when she’d been in Japan and didn’t really like it. On set, everyone had to eat the rice cakes, but not everyone liked this idea, which is why TOP decided to go against the grain and kiss the rice cake that Ustina offered to him (which you can see in the attached MV clip). This was unexpected, but still ended up in the cut. We decided to ask whether Ustina laughed because of TOP in the video, to which she answered “no”, it was just that they were doing the second take and once again she couldn’t match the music, so she was laughing at herself. She thought that she messed up the take, and even said “sorry” but the film crew kept filming like nothing happened. Probably Ustina’s sudden laughter appealed to the director, and they decided to keep the take.

We also wanted to know whether Ustina taught the guys any Russian or Ukrainian words. She replied, “Yes, there was something like that.” Margarita taught Taeyang two Russian terms, one of which was “beautiful woman.” And when Taeyang spoke to Ustina with the Russian words that he’d only just learned, she translated them to Ukrainian. Although Taeyang didn’t understand why she was correcting him, he repeated them in Ukrainian (girls, the guys will soon become polyglots with you like this!). Ustina also added that the Russian girls also taught the guys some words.

Q: What else do you remember from the set?
A: The horse… the live horse and humongous moon.

Q: What can you say about the guys’ height? Because we still have debates about this topic.
A: Honestly, I didn’t pay much attention to their heights, because there wasn’t really a chance, since we were either sitting, lying, or “dancing” when near them.

Q: Do you listen to BIGBANG songs?
A: Living in Korea and not listening to their songs — that’s not realistic.

Q: What nationalities were the other girls?
A: I don’t know if there was another Ukrainian. There was definitely one from Russia, Belarus (Margarita), Poland, and the UK. 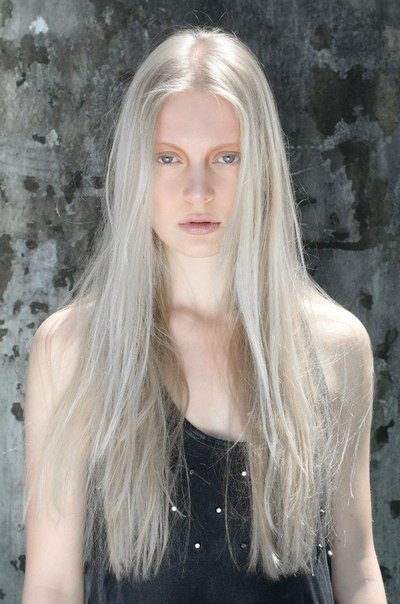