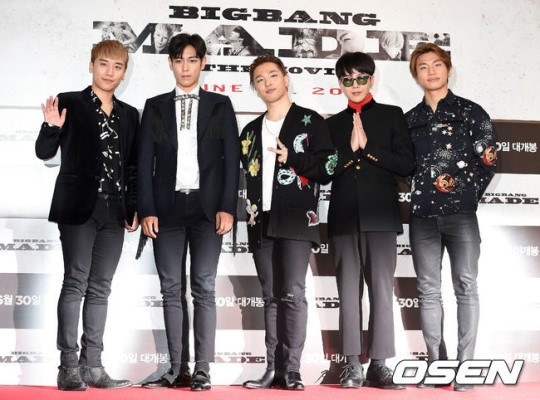 [OSEN=박소영 기자] BIGBANG is coming back with two “unprecedentedly great” music videos. The double title tracks of BIGBANG’s new album will mark the grand finale of the year 2016.

According to YG Entertainment’s high-ranking official on October 19, BIGBANG shot a new music video on October 18. With more than 300 extras, a fantastic mega-scale music video was completed. YG tried to keep it secret as much as possible, but the news leaked out inevitably, to raise fans’ anticipation high.

BIGBANG has always presented high-quality music videos that entertain both the eyes and ears of music fans. The new music video is expected to do the exactly same. The outcome of the shooting is quite good, so not only the members of BIGBANG themselves but also YG’s head producer YANG HYUN SUK were satisfied with the video. Such good result has also accelerated the preparation for BIGBANG’s comeback, so fans will be able to listen to BIGBANG’s third full album within this year. 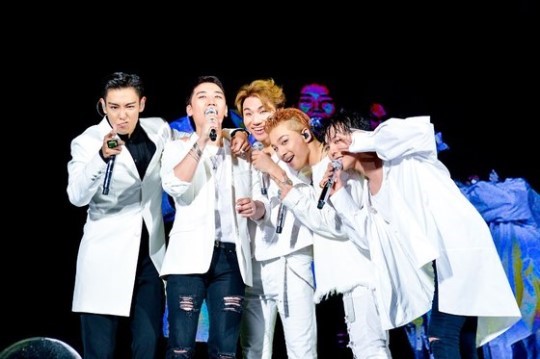 BIGBANG released mini-albums “M”, “A”, “D”, and “E” for four months from May to August last year, to dominate music charts and TV music shows. Beginning from “LOSER” and “BAE BAE”, BIGBANG released two songs every month. “BANG BANG BANG” was the hottest song in the year 2015 and it swept prizes of 2015’s end-of-year music awards.

BIGBANG created sensation overseas as well. Beginning from the Seoul concert in April last year, BIGBANG held tour concerts in 32 cities in 13 countries including China and Japan in Asia, as well as in North America and Oceania, to entertain 1.5 million fans. The “MADE” tour with the largest-ever scale for a Korean singer was carried out so successfully as such.

Fans around the world are now paying keen attention to BIGBANG’s third full album “MADE” to be released eight years after the second full album.