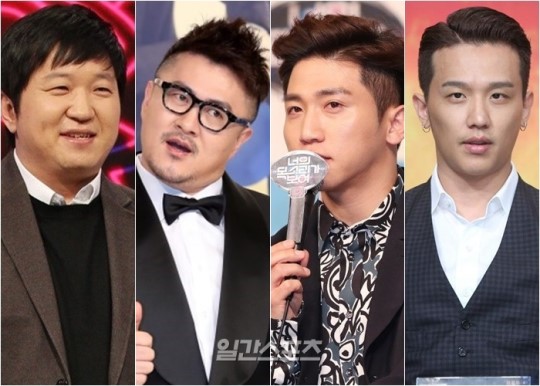 [일간스포츠=이미현 기자] Jung Hyung-don, Defconn, Yoo Se-yoon, and KUSH will work as the MCs for a new music reality show in which TAEYANG, CL, and HYUKOH will appear.

According to multiple insiders on October 20, Jung Hyung-don, Defconn, Yoo Se-yoon, and KUSH have been selected as the MCs for the music reality show to be aired on tvN from November. TAEYANG, CL, and HYUKOH will appear in the show.

The program will display the process of TAEYANG, CL, and HYUKOH creating their music. All the details about those artists’ performance including costumes, hairstyles, and concerts will be unveiled in the show. As the artists have not appeared in that many TV shows so far, people are paying keen attention to what kind of new appeals they will show on TV. 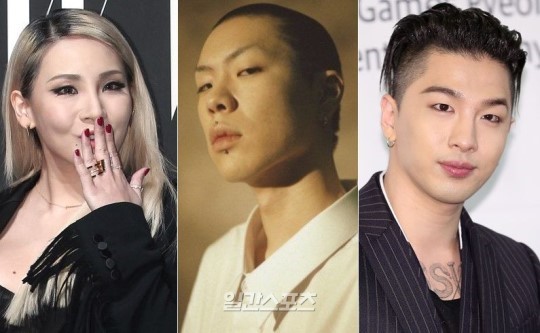 People are also paying keen attention to the chemistry between the MCs including Jung Hyung-don, Defconn, and Yoo Se-yoon. All the MCs are also musicians. Jung Hyung-don and Defconn perform together as a duo called “Hyung-don & Dae-joon” and Yoo Se-yoon as a member of duo UV. Notably, Jung Hyung-don had performed with HYUKOH in MBC “Infinite Challenge”s music festival, to make many people burst into laughter. The lives of musician TAEYANG, CL, and HYUKOH seen in the eyes of those comedian-cum-musicians are arousing people’s interest. The quality of the show will be further upgraded as famous music producer KUSH will also appear in it.

The program will be first broadcasted in November and the title and broadcasting time have not been confirmed yet.