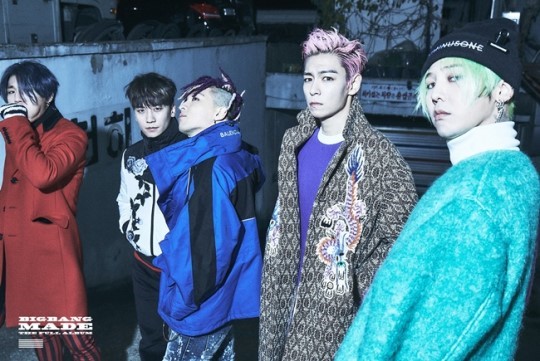 [OSEN=엄동진 기자] BIGBANG is to appear on Weekly Idol.

Sources said, “It is true that BIGBANG has been refraining from doing variety shows during the last few years. But now, I think YANG HYUN SUK had a change of thoughts. He thought of their fans, who wouldn’t be able to see BIGBANG members together for a while after T.O.P enlists in the military. He probably thought that BIGBANG making appearances on variety shows would be a way to make the fans less sorry, and he suggested this to the members. The members agreed with him, and after much consideration, they decided to appear on three variety shows.”

BIGBANG appearing on Weekly Idol is a dream come true not only for the fans but also for the crew of the show. During the last two for three years, the crew including the producer has made official requests to BIGBANG on numerous occasions inviting the group to come on the show.

Sources said, “BIGBANG members are very excited. They will shoot the show next week, and the show will be aired in the first and second week of January next year.”

BIGBANG recently released its third regular album, “MADE THE FULL ALBUM”. One of the title tracks, “FXXX IT”, is currently no.1 on the realtime charts of Melon, Genie, Monkey3, Soribada, Naver Music, and Bugs Music.

The other title track of the album, “LAST DANCE”, is no.2 on the charts of Melon, Genie, Soribada, Naver Music, and Bugs Music. “GIRLFRIEND” is ranked third on Melon, Genie and Naver Music charts. The new songs in BIGBANG’s album have taken the top three spots of nearly all the major charts.