[Exclusive]BIGBANG to Release Full Version of “MADE” Album in December 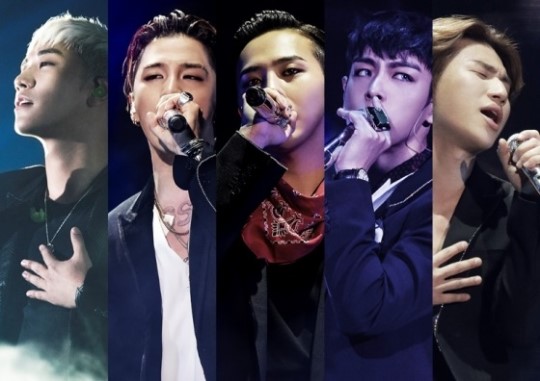 [스타뉴스=길혜성 기자] Top K-pop group BIGBANG (G-DRAGON, T.O.P, TAEYANG, DAESUNG, and SEUNGRI) will release a full version of the “MADE” album in December, and fans are wondering how many new singles will be included in the album.

On November 22, YG Entertainment announced that BIGBANG will release the full version of “MADE” album on December 12.

BIGBANG debuted in 2006, and during the last ten years, the group has grown into the most iconic K-pop band. Last year, BIGBANG released four single albums each titled “M”, “A”, “D”, and “E” from May until August, and the albums were a huge hit.

The album that is to be released next month will be the finale of BIGBANG’s “MADE” series, and expectations are already running high.

According to sources, BIGBANG’s “MADE” full album will contain more than two new songs. This means that fans will be able to enjoy quite a number of new BIGBANG songs in December. BIGBANG has already finished shooting the music video for two of its new songs.

The full version will of course include previously released songs of the “MADE” series: namely, “LOSER”, “BAE BAE”, “BANG BANG BANG”, “WE LIKE TO PARTY”, “IF YOU”, “SOBER”, “ZUTTER”, and “LET’S NOT FALL IN LOVE”.

The full version of BIGBANG’s “MADE” album is meaningful to both the members and the fans as it is released in the year that marks the 10th anniversary of the group’s debut and is the last album before T.O.P starts his mandatory military service as an auxiliary police officer on February 9, 2017.