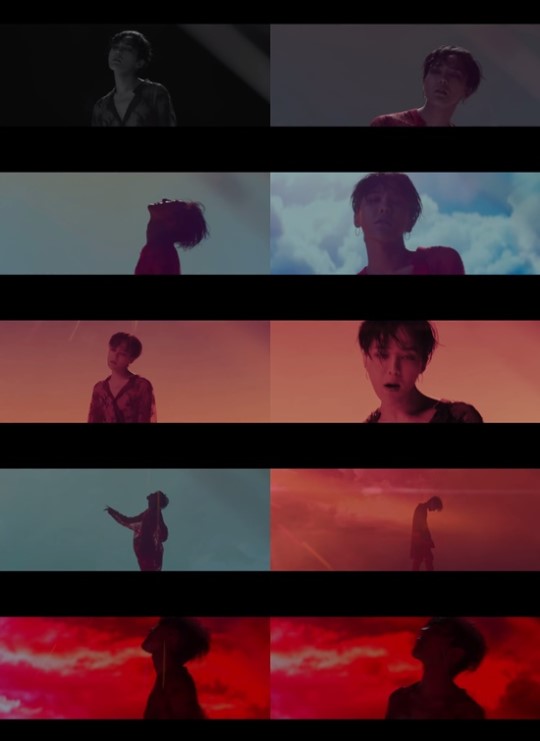 The title track of the album “UNTITLED” is unlike the songs that G-DRAGON made before. It is a slow and sad emotional song that touches the heart of the listeners, as announced previously by YG CEO YANG HYUN SUK.

“UNTITLED” has an impressive piano melody, and G-DRAGON sings about how much he misses his ex-lover in his unique calm but emotional way.

The lyrics conveys the sad emotions of a break-up well: “If I could meet you one more time, I can give up everything. I hope we can meet again and love again even in our dreams, just like we did in the past.”

The music video of the song features G-DRAGON expressing the sad emotions of a break-up by moving his body to the rhythm and melody of the song against various backgrounds.

Meanwhile, G-DRAGON will kick off his solo world tour at the Seoul Sangam World Cup Stadium on June 10.