The Sun Never Goes Down in TAEYANG’s Night 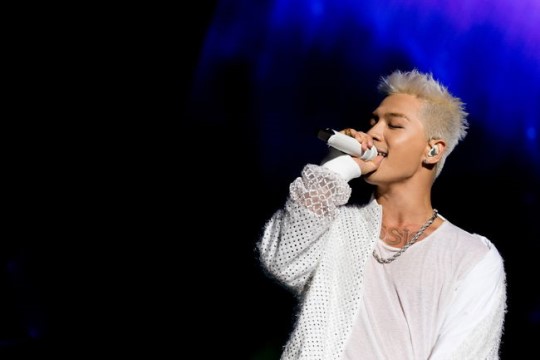 [OSEN=김은애 기자] “Tonight will never end. I hope the memories of tonight will stay in our hearts forever.” It was an unforgettable 120-minute experience. TAEYANG lit up the weekend nights.

On August 26-27, TAEYANG’s “WHITE NIGHT” concert was held at the Jamsil Stadium. It was his first solo Seoul concert in three years and the start of his second solo world tour.

The song list was phenomenal. He kicked off the concert by performing “RINGA LINGA”. Then he sang all the tracks in his “WHITE NIGHT” album including “DARLING” and “WAKE ME UP” as well as his past hit songs such as “LOOK AT ME ONLY” and “WEDDING DRESS”.

He said, ““The sun didn’t go down tonight. I’m so happy to see you here at my concert. It’s been a long time since I did a concert. Three years. I’ve missed you so much.”

On August 16, TAEYANG released “WHITE NIGHT”, his first solo album in three years. “DARLING” and “WAKE ME UP”, the title and subtitle tracks of the album, took the charts by storm in and out of the country.

The album became No.1 on the Billboard World Albums chart and the iTunes chart of 24 countries, which was a new record even for TAEYANG. TAEYANG has participated actively in making the music of the album and the album jacket, which made it even more meaningful.

He said, “This album is more meaningful to me than any other albums. I’m very satisfied with it.”

He sang all the eight tracks of his new album live and sent the audience into a near frenzy. 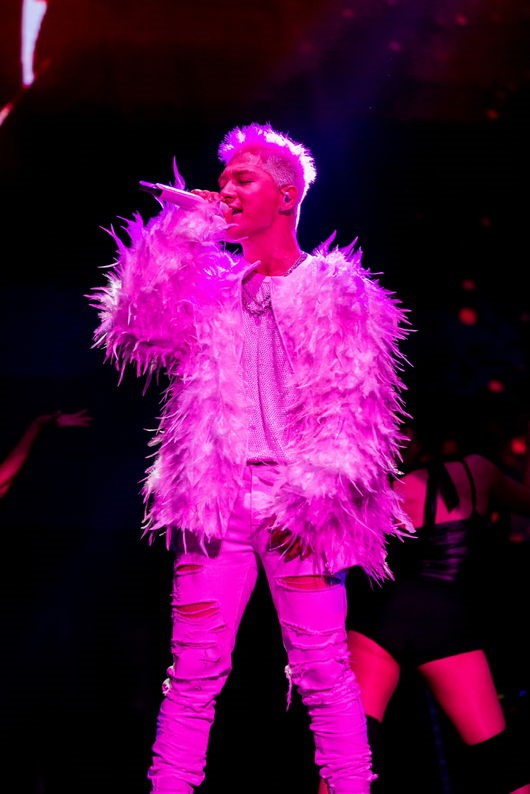 TAEYANG, a member of BIGBANG, is considered as one of the best singers in Korea. At the concert, he blew the audience off their feet with his sweet voice.

What was most surprising is that his live singing was impeccable even when he was dancing. His excellent vocal skills were evident when he sang to the piano version of BIGBANG’s “LAST DANCE” and the acoustic version of “I NEED A GIRL”.

TAEYANG is also known for his great stage performance. He mesmerized the audience with his dance performance and didn’t even need dancers to fill the stage. There was a female dancer that danced with him from time to time, but TAEYANG’s presence so strong that the stage didn’t seem empty with him alone.

The screen at the back showed images of clouds in the sky, making TAEYANG shine like the sun. TAEYANG used a variety of props wisely such as standing mikes, bright lights, and lifts. 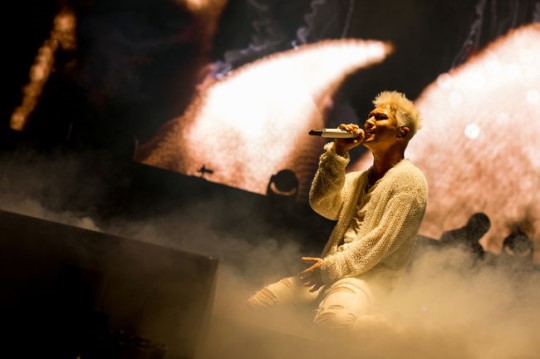 ▶A fool for his fans

TAEYANG is famous for being a fool for his fans. He said, “I’ve missed you so much. I was moved yesterday to see how much my fans care for me. I couldn’t sleep. For real. I’m sure you feel the same way. I get excited the most when I do a concert in Korea.”

▶TAEYANG and BIGBANG are inseparable

You cannot talk about TAEYANG without mentioning BIGBANG. TAEYANG sang BIGBANG’s “LAST DANCE” by himself and said, “It’s difficult to sing a song that is usually sung by five people. This song makes me think of BIGBANG members.”

TAEYANG said, “I’m thankful to our fans whenever I sing this song. Meeting BIGBANG members is my biggest blessing and joy. We’re able to stay together for more than ten years thanks to our fans. Thank you for keeping us together”. 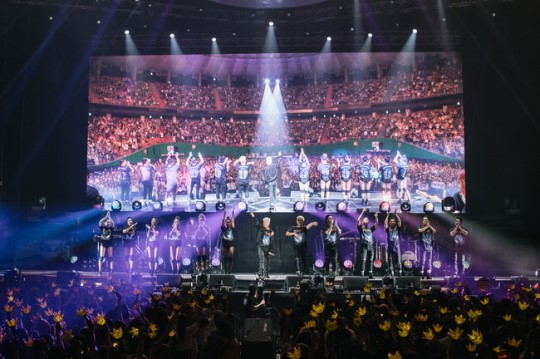 ▶WINNER’s MINO came to show his support and YOON too, which was quite unexpected

He went up on the stage alone, but he was not lonely. MINO appeared as a surprise guest and they performed “FEAR” together. MINO and TAEYANG performed the song together when MINO was a contestant of Mnet’s Show Me The Money 4 in 2015. MINO and TAEYANG’s joint stage created quite an issue at that time.

MINO appeared on the stage in stylish clothes and his captured the hearts of the audience with his powerful rapping. TAEYANG’s sweet voice was added on to his rap, creating a phenomenal harmony.