Yang Hyun Sukisn't an easy man to please, but he only had good things to say aboutBIGBANG's upcoming track "If You"!

He said, "When I was listening to the song, there was a moment when my heart [skipped a beat]. It's the saddest song BIGBANG has released since their debut for the past 9 years. If I, who's in his mid-40s feels this emotional, people in their teens and 20s who like BIGBANG will definitely shed tears together, in my opinion. I think it's the first time I feel more excited about releasing the song than BIGBANG."

He added, "It's the track I like most in this album."

But apparently that may not be a good thing? Yang Hyun Suk added, "When a producer thinks he/she knows the public's tastes well and is confident, that's the most dangerous and reckless moment."

He also added, "It's weird that a sad and slow song is coming out in the hot summer, isn't it? I liked the previously released songs from their 'MADE' album, but if others are able to feel the same emotions I felt [while listening to this song], I think this is the right time to release 'If You'."

Some of the agency staff worried that BIGBANG might be too busy with new songs released every month and their world tour and individual activities, that they suggested holding off on the upcoming new song releases. However Yang Hyun Suk reasoned,"Keeping the promise made to fans comes first. Because a promise is a promise." So it seems we will be getting all those songs on schedule as promised with no delay!

He said, "BIGBANG's new songs for July will be a summer song that fits with the season and a sad, emotional song. 'If You' is especially a well-made ballad track so even rappersG-Dragon and T.O.P sing in it. They'll be approaching fans with a completely new feel." 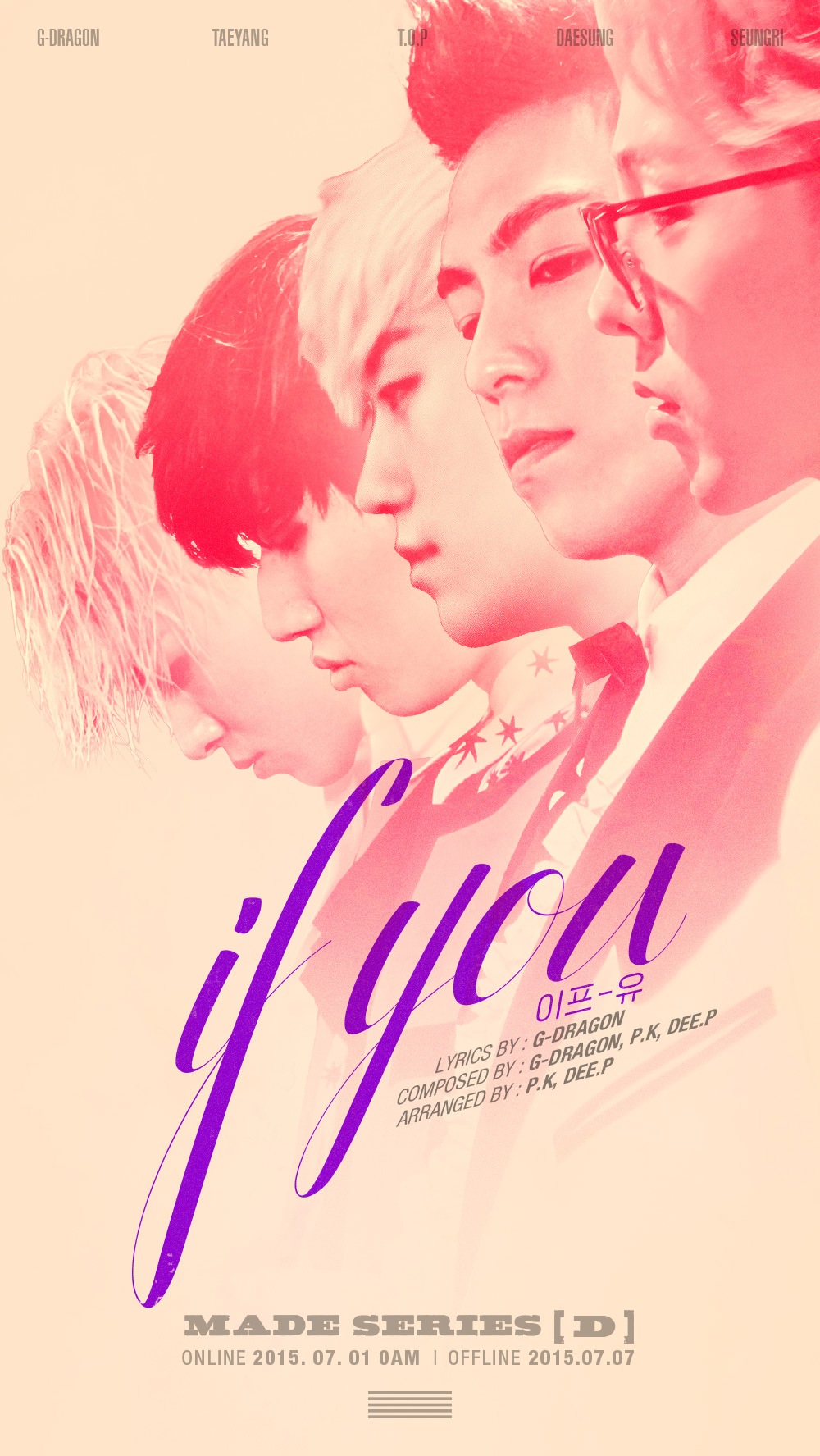