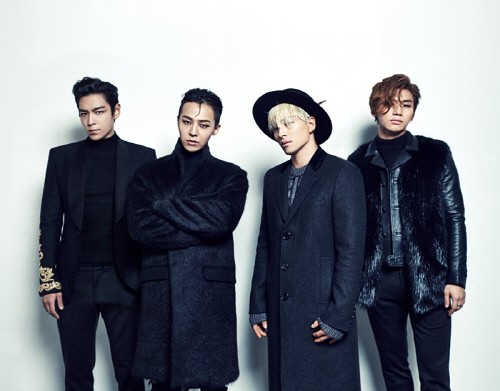 On January 3, the 2020 lineup for the ‘Coachella Valley Music & Arts Festival’, which is known as the biggest music festival in the US, has been announced.

BIGBANG will perform at Coachella among global artists such as Rage Against The Machine, Travis Scott, Frank Ocean, and Calvin Harris. As They are resuming their activities after incidents of controversy, people in Korea are also paying keen attention to the news.

Foreign media also took notice and covered the relevant news. On January 3(local time), Billboard wrote an in-depth article titled ‘Coachella 2020 Lineup: 10 Immediate Reactions’ and mentioned BIGBANG on number 3. They wrote, “This is not just an impressive U.S. booking for the group: after its members completed their respective military services, the Coachella announcement hints at a potentially substantial 2020 from the reformed collective”.

The UK Metro also wrote, “BIGBANG’s comeback has been confirmed as they have joined the Coachella lineup”. They explained, “The K-Pop legend group has ended their vacant period and will hold their first official performance as a 4-member group”.

BIGBANG stood on the center of various issues last year, beginning with ex-member SEUNGRI and the controversy regarding club Burning Sun. YANG HYUN SUK, ex-producer of YG Entertainment, was also accused of gambling and facilitating sex services. As a result, the people are paying keen attention on the comeback of BIGBANG, the group with the biggest influence within YG Entertainment.

BIGBANG owns numerous hits such as ‘LIES’, ‘HARU HARU’, and ‘BANG BANG BANG’. They have gained popularity not only in Korea, but also the entire globe. All members have achieved successful results as solo artists as well. However, they were reformed into a 4-member group after SEUNGRI’s withdrawal and have faced their turning point since even some of the members have faced certain allegations.

While people are sharing various opinions on BIGBANG, who are planning to perform at Coachella with the members’ dischargement from their military service, the people are paying keen attention to their upcoming activities as well.

Meanwhile, the Coachella Festival will be held in Indio, California from April 10th until the 19th. BIGBANG will perform on April 10th and on the 17th, on Friday nights which are the prime time of the festival.