SINGAPORE - South Korean singer-actor Seungri has a funny story to share about a recent trip to Singapore.

When he was in a taxi here, he noticed that the driver was singing the song Bang Bang Bang, the 2015 hit tune performed by his band BigBang. It was obvious that the driver had no idea that one of the singers was sitting in his car.

Seungri, 27, who was born Lee Seung-hyun, tells The Straits Times in English with a grin: "I asked him, 'How do you know this song?', and he said, 'I don't know, it's by some K-pop artist, but I love this song.'

"(So I asked), 'Do you know how many members are in this group?' And he said, 'Maybe two or three.' That was so funny. I couldn't tell him that that song was my song."

Seungri was in town on Saturday (Dec 8) to grace the launch of the Spring/Summer 2019 collection by leather goods brand Braun Buffel at Marina Bay Sands.

He was just in Singapore for another press event last month and is known to make personal visits to the Lion City several times a year.

"I have many friends in Singapore so I love to come here. I'm always at Orchard Road because some of my friends have stores there, so I try to go and support them."

He adds that the locals have been very friendly. "They'll say, 'Are you BigBang's Seungri?' And I'm like, 'Yeah, I'm just here for a holiday'. And they're like, 'When are you coming back with BigBang?'"

The other four members of BigBang - T.O.P, G-Dragon, Daesung and Taeyang - are all serving their mandatory Korean military service. It is believed that Seungri may enlist sometime in 2019.

Before that, however, he will be holding a solo world tour. He released his solo album The Great Seungri back in July and followed up with two sold-out concerts in Seoul a month later.

"I'll be going through South-east Asia, and the US. I just want to say hi to all my fans worldwide. So I'm planning to do that until March. Of course, I'll be coming to Singapore too," he says.

When asked about the boastful-sounding album name, he explains that it translates to "glorious victory" in Korean. He says: "It means I've made it. Like finally, I'm growing up - (in terms of) my music and my personality."

Besides his music, he is also known for doing everything from acting - he was the star of Netflix's mockumentary YG Future Strategy Office earlier this year - to gracing variety shows and managing his own businesses. He owns a Japanese ramen restaurant franchise in Seoul and also runs several bars and clubs, among other ventures.

He says: "I'm not the relaxing type of guy. I'm always high and energetic. That's why I think people love me." 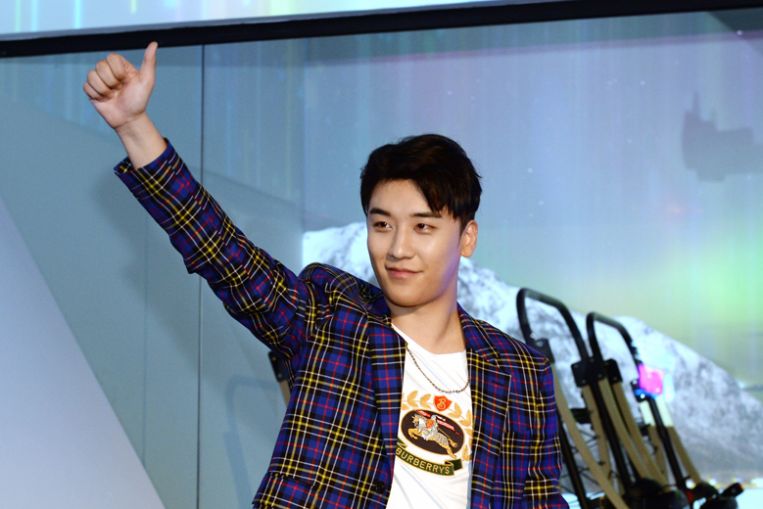