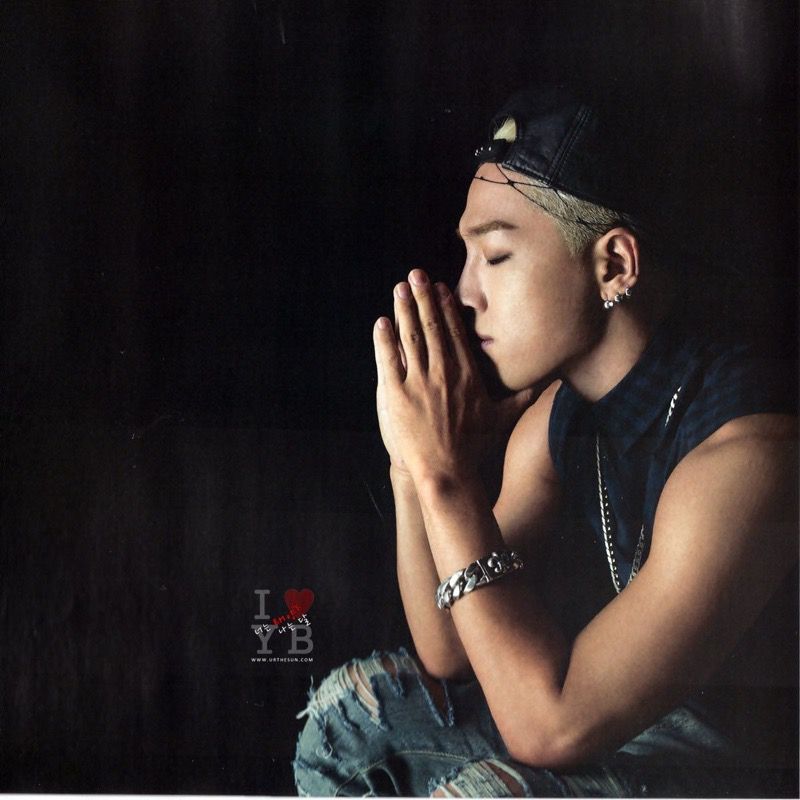 Frankness from an artist who is garnering attention all over the world.

SOL from BIGBANG
At the threshold of strength and flexibility

SOL is the main vocalist of BIGBANG but he has just started his full-blown solo activities in Japan. His powerful dancing runs contrary to his aphrodisiac sweet voice. We found the source of this 26 year old artist’s style that has fascinated people worldwide.

PROFILE: SOL from BIGBANG
In charge of BIGBANG’s main vocal. Has sweet mellow R&B style vocals and his specialty is his smooth fluid dancing. He debuted as a solo artist in 2008 with [HOT], this August he accomplished debuting in Japan with the combined album [RISE (+SOLAR +HOT)]. This year he garnered attention when he was appointed as a global face for the Calvin Klein ck one campaign. Proficient in English as well as Japanese. This interview was done almost entirely in Japanese. From November, with BIGBANG he will perform their [BIGBANG JAPAN DOME TOUR 2014], this is the first time a foreign artist has held a five dome tour for two consecutive years.

Q1: You’ve been chosen as a global face for the iconic [ck one] fragrance. When you first heard this, what emotion was going through you?
I was happy. We shot for the campaign in the outskirts of New York and there I was able to talk with different artists from various countries. It was fun.

Q2: And on shooting with Master photographer Mario Sorrenti?
He explained the general framework, and afterwards we did it freely. He has that kind of style. It seemed like he was pleased with me, he told me “the shoot came out well, it was amazing.”

Q3: What’s something recent that made you laugh?
Something that made me laugh… Ah! Recently on a day off I went to a river on the outskirts of Seoul with G-Dragon and our manager to do some water sports, when something funny happened. First, our slender manager got on the large board to ride it, then as soon as my rather large friend stepped on it, with a boing our manager flew into the air. It was like a manga the way he spun around. I laughed really hard at that.

Q4: On the other hand, what’s something that made you cry recently?
Um.. My album’s completion. Since it took four years to prepare, it brought back a lot of deep feelings that made me cry.

Q6: What brands have you liked recently?
Compared with how I was before, I don’t really think about brands. Over the brand name I guess I started choosing by the style of clothing. As far as my style is concerned, I know I like “traditional things.”

Q7: What fashion item is a “must” for you?
I guess the rider’s jacket. I’ve bought ones from various brands and out of those, Lui’s brand complements me the best. I have over 50 rider’s jackets.

Q8: 50 rider’s jackets!? You’re obsessed, what other item do you have a lot of?
Um… the thing I have the most of, is probably white t-shirts. They come with six in a pack and when I was in America I bought 100 packs to bring back.

Q9: 100 packs!? Why that many?
Every day I want to wear a clean t-shirt. Since I wear a new shirt every time they would disappear in no time otherwise. I like white t-shirts and when I’ve found something that suits me I start wearing it thoroughly.

Q10: So SOL, when you’re picking picking clothing, what do you stress?
It has to fit me exactly. It doesn’t matter how cool it is, if it doesn’t feel right I won’t choose it. 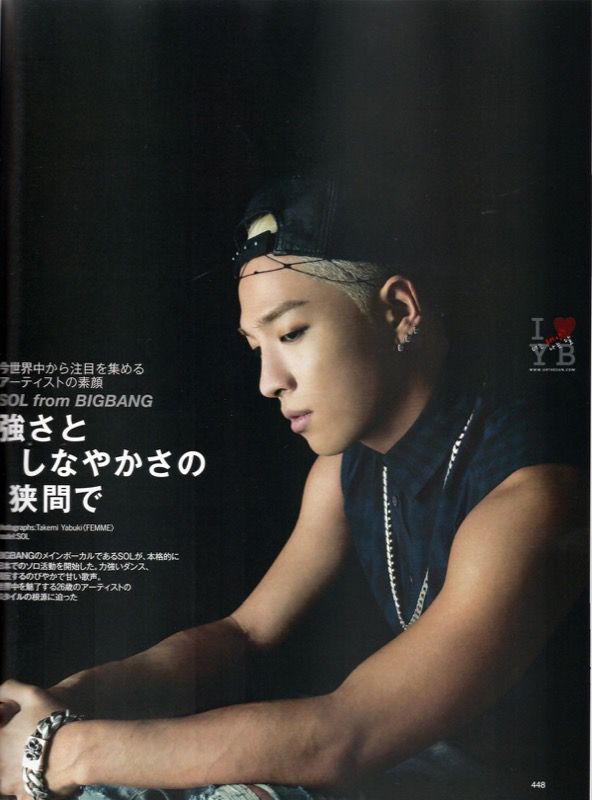 Q11: SOL, what’s your favorite food?
Of course Korean food! What I like the best… if its summer, my mom’s water kimchi! It’s delicious because it’s homemade. My dad grows his own organic vegetables for the kimchi.

Q12: Sounds delicious! What other kimchis do you like?
Depending on the season my recommendation changes. In fall, kimchi made with small radishes that still have the leaves attached is the good. For winter, Chinese cabbage kimchi is the best. Next time you come to South Korea, you have to try some (laughs)

Q13: And so, what’s your experience with dieting?
Truth is, everyday I’m doing my own kind of diet. At night, I eat a lot of fruits and vegetables, and before I go to bed I drink persimmon vinegar. It’s pure stuff, so I half dilute it with water to drink it. It tastes awful but it’s good for your body. I’ve been drinking it for ten years.

Q14: You’re standing a lot for your concerts but what’s your secret to keeping your strength?
Every day I do aerobic exercise. I use my own body weight for weight training.

Q16: Your hairstyles are always amazing, what’s your inspiration?
Animals

Q18: Did you exchange opinions on your solo activities with any of the members?
I always do. G-Dragon’s always in the studio with me. Ge gives his opinions and he also featured on my album.

Q20: What’s next after your solo activities?
This album took a long time. So I’m just happy it was able to be e released. From this I will continue to grow and I want to make my next album even better!