[ENG trans] T.O.P Interview for Dazed & Confused Because I am different Oct 2015

DAZED KOREA OCT. 2015: BECAUSE I AM DIFFERENT 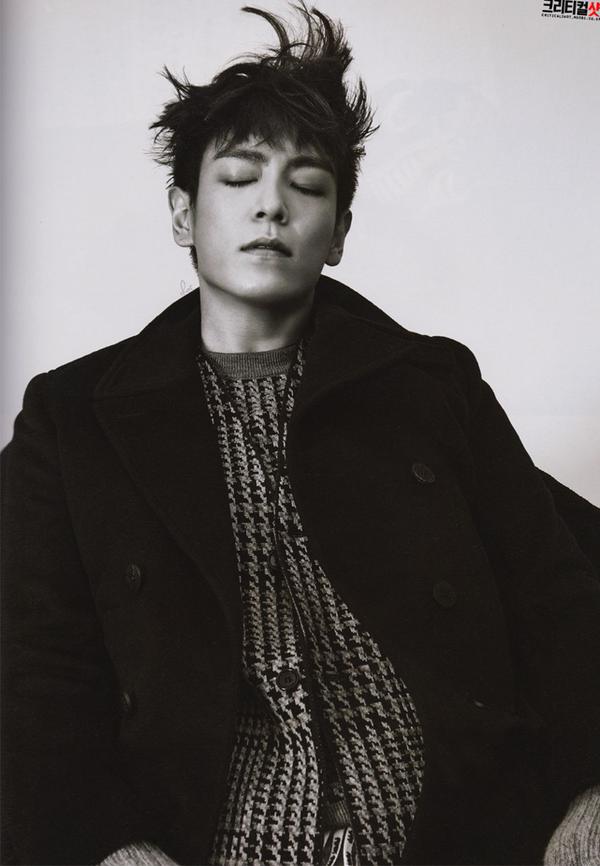 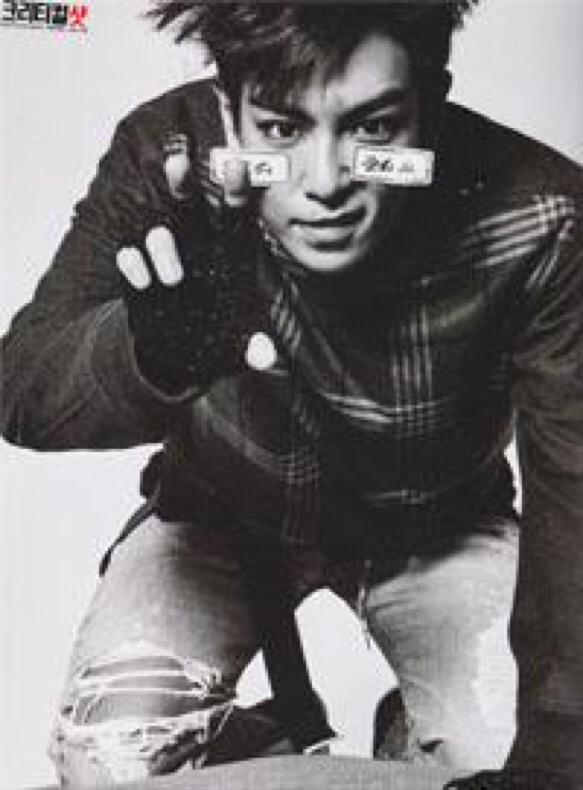 I hear that the Korean-Japanese collaborative drama that finished filming late last July is going to premiere soon.

The reason why I chose this work was because I clearly understood the life and psyche of the character, Woohyun, who I played in this drama. While dreaming of being a movie director, Woohyun had his ups and downs while studying abroad in Japan. Woohyun has also given up on love. However, he starts to develop feelings for a woman that he met through social media and starts falling in love again. In real life, I have also felt the same way as Woohyun in terms of love. That’s why I was able to get into character. I also liked the fact that it was realistic and it was possible for the love story to happen in today’s society.

I believe it has been a long time where you put all your effort and love into a work.

I think this is my first time doing something related to romance. Also, there is humor involved in this role which my previous roles did not have. Woohyun believes that he is mature and professional; however, he is klutzy, ridiculous, and comedic. I expect that I can show you a down-to-earth, natural side of myself. It is going to premiere sometime between October and November.

It was revealed by the media that you were in Samchung-dong and Kyungridan-gil.

It was the first day of shooting; I was surprised that it was leaked. I believe that these things will create a positive effect upon the work.

BIGBANG is currently releasing songs every month. Now you are also doing a drama on top of that.

It is true that it is intense and very hard on my stamina. However, I am thankful that I am given the opportunity to do this.

I can’t ask about Juri Ueno, whom you worked with.

So far, I have worked mostly with actors with whom I had quite an age difference or were men. However, it was very comfortable working with Juri Ueno because she is around my age. The language barrier didn’t matter. She is very expressive.

Every month, BIGBANG is releasing new songs. The response towards each song is very positive. Do you have a song that you guys prefer among all the BIGBANG songs?

In the first place, we planned to make each BIGBANG album different from the previous month’s BIGBANG album. It was all a strategy to show this side of us. Satisfaction is very subjective and comes from personal opinion, so it is hard to say. It is also hard to recognize the popularity of the albums because we are constantly working and going to events.

What gives you the will to live your life to the fullest?

To tell the truth, nothing. Things like music, movies, art, and etc. gives me influence.

It is sad that people are not included in that list.

Oh, is it? But my really good friends that I have known for a long time come over to my house whenever I am free. I have around five good friends. I am thankful that they are there for me.

I rarely use it. There are some people who prefer the whole concept of “mysteriousness” while other people think positively. The only reason I created one in the first place was to advertise BIGBANG’s album for 3-4 months. I don’t know how long I am going to use it.

Why are you being hesitant? There is a picture where you are pinching your cheeks… Your Instagram is like a museum, full of unique pictures and thinking.

The reason why I uploaded that picture was my tendency and habit to repeat things when I get into them. I try to maintain some balance in what I post on Instagram. That’s why if I think certain posts do not “fit in” with the others, I erase them. It is fun to read people’s comments. On some pictures, some say, “Are you crazy?” Isn’t everyone crazy? Haha.

In addition to that, you introduce the artists Ico Parisi or Kohei Nawa and their work through your Instagram or interviews. People like me who are not familiar with them become interested in them through you.

Supporting fellow artists and creators is something that I naturally enjoy. However, Instagram does not show 0.1% of the true “me.” It isn’t raw. It has been edited and edited.

As a curator and art lover, you received the Visual Culture Award after attending the Prudential Singapore Eye (a collaborative effort between England’s Saatchi Gallery, Prudential Life, and Parallel Media Group for finding and becoming patrons for newly-found talent among artists in Asia) which is the biggest art event. I believe that your interest and love for visual art comes from your family’s influence. (His mother, older sister, aunt, and cousins have majored and studied art. Also Seo Geunbae, a prominent writer, is his maternal grandfather.)

It was fun attending the Singapore Eye. Meeting different, young designers and becoming acquainted with them was so inspiring. I believe that it is a blessing that I received some artistic talent from my family. Even from a young age, I collected sneakers, furniture, and artworks due to their influence.

In summary, the reason why we wanted you on the main cover was that you are truly different.

I’m not trying to be superficially different. Being “different” can’t be done through effort. It is not just me. Everyone is different. Especially Korean people. When you look at their clothes when you are outside, you can see each person’s personality and personal fashion sense. It is really cool. Now, I am not trying to say different is something bad; we have to acknowledge and respect each other’s difference. Being different means we can grow as a person and develop as a person.

I wanted T.O.P. to be on the main cover of the magazine because I was being greedy. Not only is he a member of BIGBANG; he is also an actor and a lover of the arts. No other person has his own artistic niche like T.O.P. I worked hard to contact him and place the photoshoot in his schedule. It started around Saturday midnight. There were Jieun, an immensely creative and unique stylist who worked previously with G-Dragon at another magazine ten years ago; one of the most popular photographer, Kim Heejoon; Taehyun, the hair stylist who is the best of the best; Lim Haekyung, the makeup artist; and Kim Bongbup, the fashion director who was in charge of carefully arranging and directing everything. All of us happily worked together and saw the sunrise with smiles on our faces.