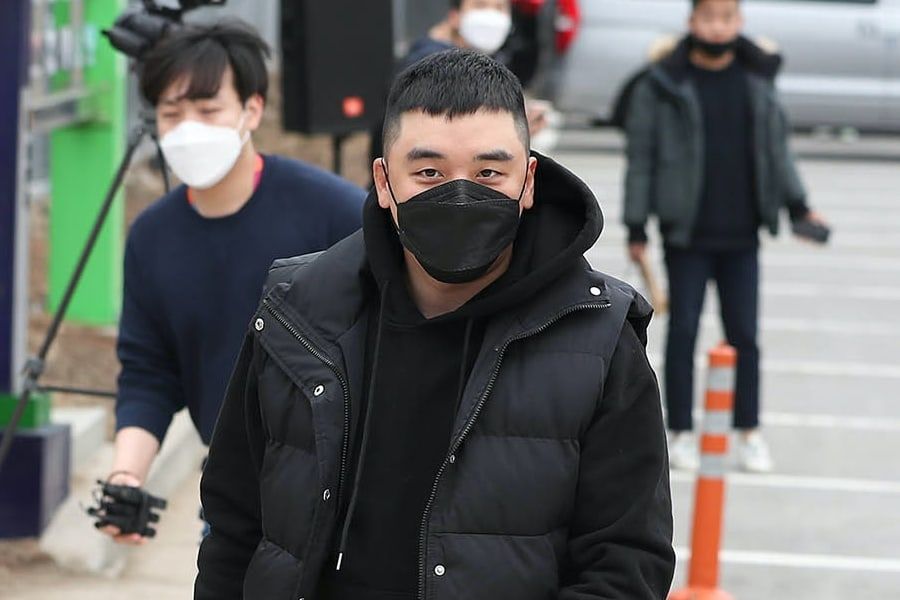 On the morning of June 30, Seungri attended the latest hearing for his “Burning Sun” trial at the general military court in Yongin.

About the prostitution mediation charge, he said, “I didn’t know anything, and I found out during the investigation.” Concerning the fact that he wrote “[Get a] woman who gives well” in the group chat when a Taiwanese businesswoman visited Korea, he explained, “I remember I said ‘people who know how to have fun.’ I think it was a typo due to the autocorrection on my iPhone. I’m really sorry, but that’s what I believe.”

Seungri especially stressed that he was not involved in the process of calling prostitutes. He referred to the fact that the investigation process revealed that the women who actually attended the scene were not prostitutes and that they were not his acquaintances but someone else’s from the chatroom.

Regarding the 2015 party where he was suspected of providing prostitutes to Japanese businessmen, he shared, “In order to repay people all over the world for celebrating my birthday at the end of the year, I invited Koji Aoyama, his wife, and other foreign friends for a big Christmas party. I only paid attention to taking care of my acquaintances, and I only found out about the women during the investigation.”

In particular, Seungri explained his old friendship with those who were mentioned as people who received sexual favors for business reasons and stressed that “there is no reason for them to receive sexual favors.”

Seungri shared that Yoo In Suk never told him about sending prostitutes and added, “I think Yoo In Suk’s actions are extremely personal. I don’t know how that’s related to my business. Even though I was investigated on charges of providing sexual favors, there was nothing that linked my direct involvement in it, so I wonder if the investigators made it up.” He said that he had no idea about the prostitutes coming and going and emphasized, “Just because messages were shared in the group chat doesn’t mean that I’m aware of everything.”

He also defended himself against the prosecution’s questions regarding the alleged prostitution charges and explained why he denied them. Regarding the fact that he revealed that he heard Yoo In Suk say he’ll send a woman, he said, “I was interrogated too much at the time that I said I heard it, but I actually don’t remember it. I don’t remember the [fact of prostitution] at all, but I had to admit it was true because the woman’s statement said it was.”

Seungri continued, “But when I read the statement after I was indicted, it was too unreliable. I was young and popular at the time, so I wasn’t in a position to pay money to maintain relationships with people.”

He also addressed the allegation that he was involved in filming illegal hidden camera footage. He said, “I just posted a photo from a spam text message that I received from an entertainment bar employee in China without much thought. I’ve never sent a picture like that before, and I’ve never taken one either.”

Seungri then mentioned being booked with embezzlement due to the issue with Monkey Museum, saying, “Since it is legal advice for Monkey Museum, I thought it was right for the owner, Yuri Holdings, to pay the consultation fee. It was a decision for the company, not for the CEO or DJ, out of concern that the damage would be severe if it became known that something scandalous happened at Seungri’s club.”

Concerning the group chatroom with Jung Joon Young, he said, “The messages in that chatroom are not everything in my life. There were more than ten chatrooms that I participated in, and I used about five other social media apps besides Kakaotalk. There are 500 messages that accumulate in just an hour. Just because I get messages doesn’t mean I saw and knew about them all.”

Then he added, “Since the chatroom was only between friends, there was an exchange of inappropriate words and actions. I didn’t know they would be revealed, so I apologize to the public.”

Seungri’s parents also attended the trial and watched his interrogation process from the audience. The afternoon trial will include the military prosecutor’s, lawyer’s, and judge’s interrogations on his charges related to violating special laws and special violence instigation.