T.O.P Begins Filming for His Upcoming Drama with Juri Ueno 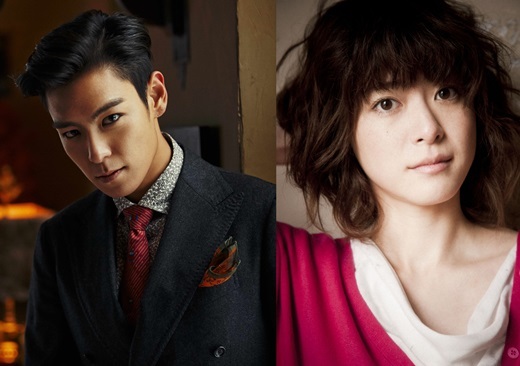 BIGBANG member T.O.P will be participating in his first filming for his upcoming drama with Japanese actress Juri Ueno today in Seoul.

The two leads of the upcoming drama began their first shoot together in Seoul on the morning of June 10. Juri Ueno, who came to Korea to shoot the drama, has already begun filming her scenes on June 2. However, this will be the first shoot for T.O.P.

Their upcoming drama, name yet to be revealed, is a joint project between CJ E&M and Japanese entertainment company AMUSE Inc. It will be targeting not only Korea and Japan, but the global audience as well.

The drama will tell the story of a Korean man named Woo Hyun and a Japanese woman named Haruka, who fall in love with each other.

The filming for the drama is being carried out in secrecy, with little else revealed about the drama. It is expected to premiere via various global channels in the later half of this year.