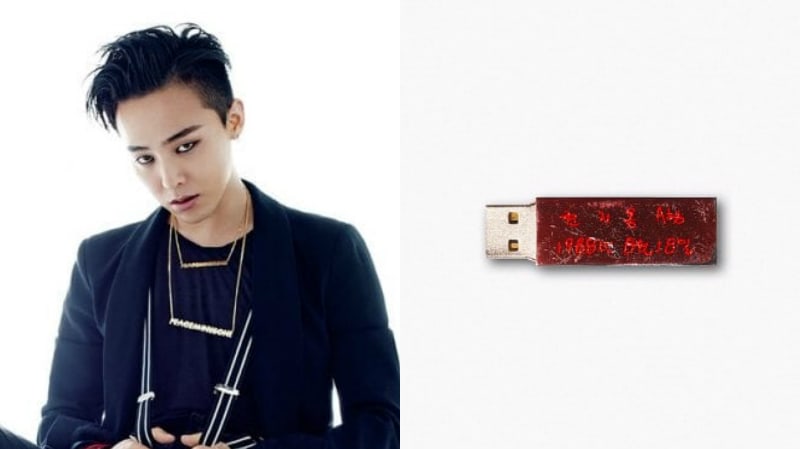 YG Entertainment shared its reasoning behind releasing G-Dragon’s solo album in a USB format as well as the argument regarding whether it should be considered a physical album.

Earlier, the Korean Music Content Industry Association announced that they will not be counting the USB format as a physical album because the USB only contains a link for buyers to download music from as opposed to the actual music files.

YG Entertainment explained that the reason for using the USB was simply because they wanted to share more content than what typical CDs are able to store. They explained that CDs usually have a capacity of only 700 megabytes, while the USB that was used for G-Dragon’s album has four gigabytes of storage space.

They said, “Once you connect the USB into a computer, you can access a certain service site. On the site, you have access not only to the music, but also to various pictures and music videos. [The additional content] will be hosted by YG Entertainment until the end of this year. You can download this content and put it on the USB.” They emphasized that the additional content is only available on the specific website in question, which can only be accessed after the purchase of the USB.

The reasoning behind this change, they explained, is that “the consumer can’t add or erase music on what is typically sold as music CDs. However, G-Dragon’s USB album isn’t for one-time use, but a revolutionary way to allow for long-term content service. It allows consumers to add and erase content on it as they choose. There aren’t many people in the world who use CD players to listen to music anymore. However, music shows still consider physical sale scores in large part. Now, ‘physical albums’ are not really a way for people to listen to music from, but more like fan service products for fans.”

As for the decision by the Korean Music Content Industry Association not to count it as a physical album, YG said, “Actually, we don’t have a huge disagreement or issue with how the Gaon Charts chooses to count sales. We are more interested in new music and new worlds. However, we think the issue is with their old way of thinking that can’t keep up with the changes of the [current] generation.” They added, “We can’t understand why they would try to limit offline music sales to just CDs.”

What are your thoughts on this debate?