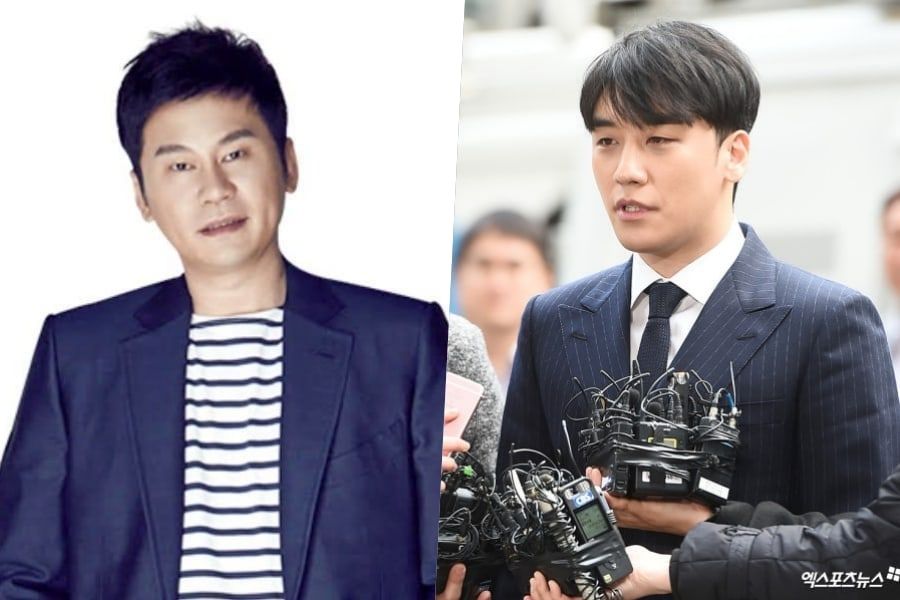 JTBC’s “Newsroom” reports that in addition to Yang Hyun Suk being suspected of gambling abroad, the police also plan to bring in Seungri for questioning on the same suspicions.

On the August 8 episode of the news show, it was stated that Yang Hyun Suk visited a VIP room at the MGM Hotel Casino in Las Vegas at least 11 times. It’s said that a person has to make a deposit of 1.5 billion won (approximately $1,241,000) to earn member status for this VIP room.

Through an association for Nevada casinos, the police have acquired records of when Yang Hyun Suk and Seungri entered the casino, the number of times they gambled, how much they gambled, and whether they won or lost.

JTBC states that the internal investigation on this matter has changed to an official investigation, and the police will soon be calling in both Yang Hyun Suk and Seungri.

In March, it was reported that messages from Seungri showed references to habitual gambling abroad. Seungri later denied that he had really gambled, saying he was just “bluffing” and had lied about earning money through gambling to show off.

Because South Korea follows the Territorial Principle, Koreans can be punished for gambling abroad even if the act is considered legal by local laws.

Yang Hyun Suk is under suspicion of illicit foreign exchange and overseas gambling.

According to Ilyo Shinmun, Yang Hyun Suk was found to have engaged in unregistered foreign exchange transactions, and the police are currently suspecting that the money may have been used as funds for gambling abroad.

The police were first informed about the suspicions in April and officially began investigating the suspicions on August 7. The Seoul Metropolitan Police Agency’s Sophisticated Crime Investigation Division received the related data from the Financial Intelligence Unit (FIU) and confirmed that there were suspicious money transactions.

FIU is an organization under the Financial Services Commission that was established to prevent money laundering and illegal outflows of foreign currencies. They provide data to eight designated institutes like the police, prosecution, and the National Tax Service when necessary for investigations.

Dispatch further reported on the overseas gambling suspicions. Yang Hyun Suk reportedly used a VIP room at a hotel in Las Vegas, United States and played Baccarat. An anonymous informant stated, “There’s no need for him to take money for gambling, as he can borrow dollars locally and return the money in won in Korea. As far as I know, he usually exchanges ‘by hand.’ Someone from Yang Hyun Suk’s side personally delivers [the money] to the illicit money exchange dealer.”

A source from the police stated in a call with Dispatch, “We are currently analyzing the data we received from FIU. We are gathering evidence regarding the overseas gambling from various sources.”

A source from YG Entertainment shared, “We also found out about this through the reports. There is nothing else we can confirm.”